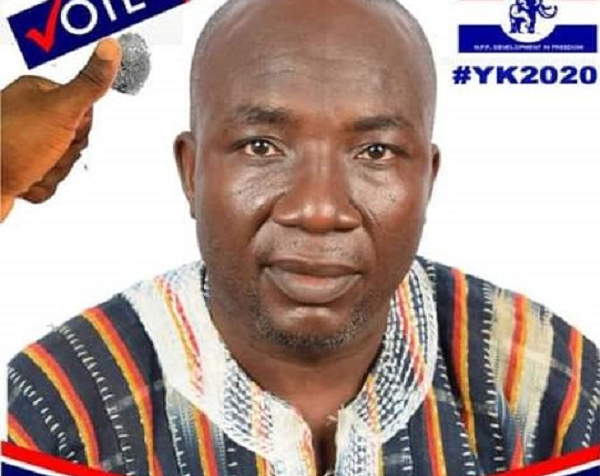 The New Patriotic Party (NPP) parliamentary nominee for Yapei-Kusawgu constituency in the Savannah Region, Abu Kamara has died in a road accident with two others.

The vehicle they were travelling with Friday night reportedly crashed into an articulated truck.

Kamara who was hoping to unseat John Jinapor who is the incumbent Member of Parliament on the ticket of the National Democratic Congress (NDC) and seeking re-election in the Yapei-Kasawgu area died on the spot.

The incident happened at the Datoyili at around 10pm on Friday night.

Graphic Online's correspondent in the area, Samuel Duodu reports that the two other who died in the accident have been identified as Joshua Kotochi, 28, and Awal Adam,31 all natives of Yapei.

Abu Kamara and the others were on board a Toyota Highlander vehicle with registration number GE-180-17.

They were from Yapei heading towards Tamale when a DAF articulated truck with registration number AS 3459-13 from the opposite direction from Tamale to Buipe veered off its lane and collided with the Toyota Highlander, according to the police.

The Toyota Highlander was being driven by Fuseini Kotochi who is in a critical condition at the Tamale Teaching Hospital.

They were pronounced dead on arrival at the Tamale Teaching Hospital (TTH) where they were rushed for medical care.

Their bodies have been deposited at the mortuary of the same hospital awaiting autopsy.

According to the police , the driver of the DAF articulated truck, Abass Mohammed, 32 and a native of Prang in the Bono East region is in police custody. 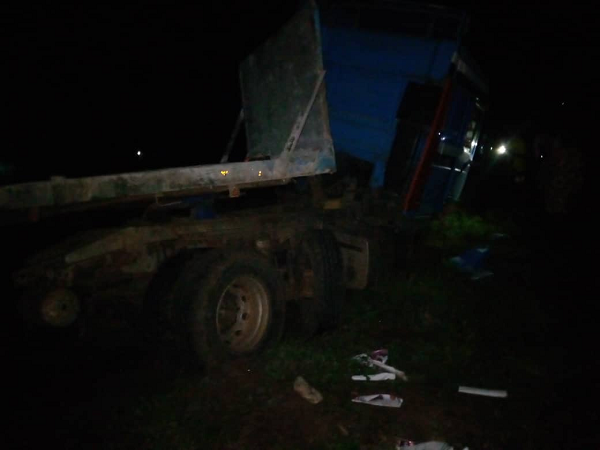 In a  short statement, the leadership of the NPP in the Savannah Region said, “With a heavy heart, the Savannah Regional NPP and the party at large announce the unfortunate demise of our Parliamentary Candidate for the Yapei Kusawgu Constituency, Abu Kamara. He died with an aide, Majeed Kotochi (Young Chief) and another occupant in an unfortunate accident at the Datoyili police barrier. May their Souls Rest In Peace. Amen.”