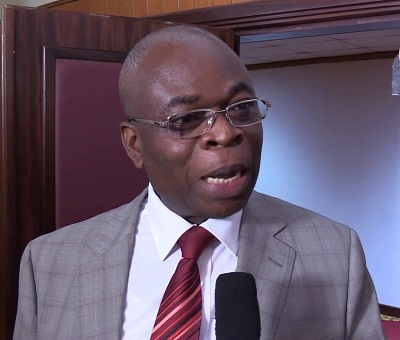 The Chairman of the Public Accounts Committee (PAC) of Parliament, Mr James Kluste Avedzi, has appealed to the government through the Ministry of Finance to ensure regular release of money to the Administrator of the District Assemblies Common Fund (DACF) to be disbursed to the various Metropolitan, Municipal and District Assemblies (MMDAs) for development projects.

That, he said, would also enable the MMDAs to pay contractors already enagaged in projects and those about to embark on development projects for the benefit of the citizens.

"Keeping of the funds is a complete violation of the law because the law says that we only have one course in arrears and so once the revenue is collected by the Ghana Revenue Authority (GRA), at the end of a particular quarter,  they should release them to the assemblies', he stated.

Mr Avedzi, who made the appeal in an interview with the Daily Graphic in Tamale on the sidelines at the just ended public hearing of the PAC held in the city last Friday, urged the Finance Ministry to look for money and pay the Administrator of DACF so that she could also release the money to the MMDAs.

The PAC also called on the Auditor-General (A-G) to ensure that a circular from the Ministry of Finance on rent charges for those living in government bungalows was adhered to by all and to also assess the MMDAs to prevent them from fixing their rent below what had been stated in a circular issued by the ministry.

The issue of low rent charges for those living in government bungalows came up strongly at the public hearing when the Bole District Assembly in the Savannah Region, Kpandai and Naumba South ( Wulensi) in the Northern Region appeared before the committee last Friday and Thursday

For the Bole District assembly, it charged GH¢100 and GH¢140 per annum as rent for a two-bedroom and three-bedroom bungalows, which translated to GH¢10 and GH¢20 a month.

An amount of GH¢4,670 was cited in the A-G's report as non-payment of rent for the Bole District Assembly but the representatives from the assembly told the committee that the said amount owed as rent had been recovered.

Mr Avedzi in the interview expressed concern about the low rent charges fixed by the assemblies and urged them to comply with the circular from the finance ministry regarding rent charges.

The circular specified that 10 per cent and 14 per cent of the basic salary of the person living in the government bungalow should be charged as rent on a monthly basis for Junior and Senior government officials but that was not being adhered to some of the assemblies.

Mr Avedzi said some assemblies thought that they could fix their own rent as part of their fee fixing resolution.

According to him, every assembly had the power under the local government Act to fix fees and charges for their local transaction like property rate, adding that they also passed a resolution to fix the rent that people who occupied government bungalows are to pay but when they fix them, they fix it very low to encourage people to accept postings to the areas while some were for personal reasons.

He stated that for now the status quo for rent had changed following the circular issued by the finance ministry for rent to be charged for those living in the government bungalows.

"Now it is made known that whether it is the local assembly or the ministry, the bungalows belong to the government and the rate applicable should be charged to workers on the government payroll as specified by the circular from the finance ministry", he stated.

"We will ensure that the A-G takes cognisance of the fact that people living in government bungalows pay the 14 per cent and 10 per cent of their basic salary as rent charged respectively", he added.

He noted that when the rent was fixed very low it affected the Internally Generated Fund (IGF) but if they went according to the circular, the rent income would increase to boost the IGF needed by the assemblies to enable them to carry out maintenance on the buildings and development projects.