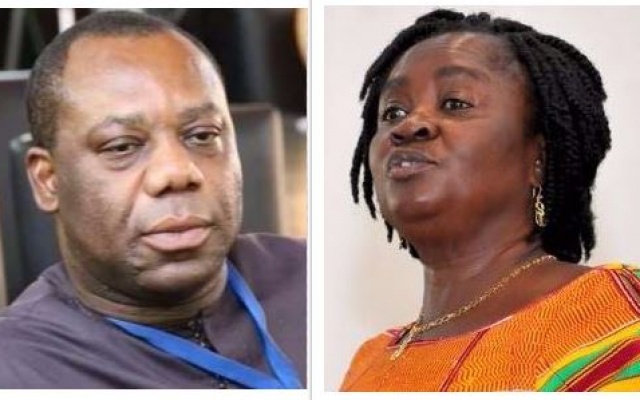 Professor Jane Naana Opoku-Agyemang was an “embarrassment” and a “disgrace” as Minister of Education in the John Mahama administration, Dr Mathew Opoku Prempeh has said.

According to Dr Opoku Prempeh, the current Minister of Education, “her four-year tenure under John Mahama was an embarrassment.”

In a radio interview on Asempa FM’s Ekosi Sen political talk programme on Tuesday afternoon, the Manhyia South constituency Member of Parliament said Prof Opoku-Agyemang as Minister left the education sector burdened with the following debts per the Mahama administration’s own handing over notes:

“She doesn’t understand education”, Dr Opoku Prempeh said of Prof Opoku Agyemang who is a former Vice-Chancellor of the University of Cape Coast (UCC).

According to him, Prof Opoku-Agyemang’s deputy, Samuel Okudzeto Ablakwa, has also made peddling falsehood his stock-in-trade and has entered opposition with that penchant.

In Dr Opoku Prempeh’s estimation, the success rate of the free senior high school programme of the Akufo-Addo government is 90%.