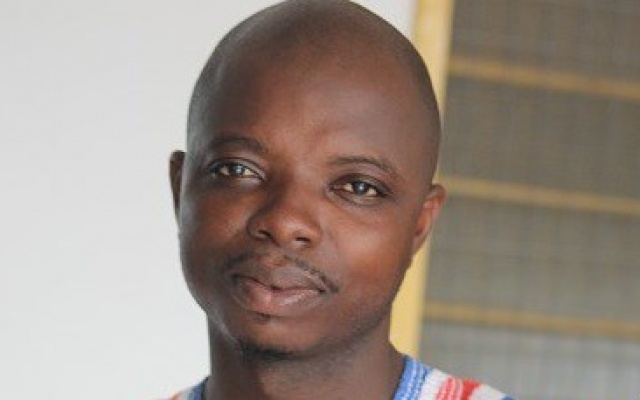 In a petition, Mr Baffoe accused Mr Cheremeh of engaging in various corrupt activities which makes him unfit to occupy the ministerial position.

He alleged the minister has been “collecting monies from members of the Dormaa Timber Market and Techiman timber market” to the tune of millions.

Aside from this, Mr Baffoe pointed various cases which he said the minister has acted illegally and acted in ways which proves that he is incompetent for the position.

Below is the full detail of the petition:

PETITION FOR THE REMOVAL OR STEPPING ASIDE FROM OFFICE OF KWAKU ASOMAH CHEREMEH AS THE REGIONAL MINISTER FOR THE BRONG AHAFO REGION TO ENHANCE CREDIBLE INVESTIGATION.

CC THE VICE PRESIDENT OF THE REPUBLIC OF GHANA, HIS EXCELLENCY DR MAHAMMADU BAWUMIA, THE CHIEF JUSTICE OF GHANA, JUDICIAL SERVICE OF GHANA.
THE CHIEF OF STAFF, FLAGSTAFF HOUSE, ACCRA THE NATIONAL SECURITY COORDINATOR, ACCCRA.

I, the undersigned would like to bring to your attention the following bad or corrupt attitude by the Regional Minister of BA.

Mr. Kwaku Asomah Cheremeh the minister for the BA Region has for recent time engaged in many corrupt activities ultra vires such as, Allegedly collecting monies from members of the Dormaa Timber Market and Techiman timber market which is tarnishing the reputation of the office of the Regional Minister which is a branch of the executive arm of government of which you , Mr. President is the head by virtue of 58[1] of our constitution.

Recently, there was gun shots at Techiman kintampo road by some members of the Techiman timber market because they were aggrieved by the actions of the Minister.

The minister absconded and was nowhere to be found when they started the shootings.

On a more recent occasion , the timber market operators of BA region came out boldly to mention that, the minister has collected millions of Ghana cedis from them as by way of bribe on radio.

State cars such as excavators and bulldozers, which said cars, myself with the aid of the police retrieved or collected from the NDC REGIONAL ORGANIZER BA, who was using the cars illegally.

The said cars which were the properties of the ministry of local government.

Upon investigations by the Regional Crime Officer – NANA KWAKU DUAH who later confirmed on Moonlite Radio that, it has been revealed that the NDC regional Organizer forged some receipts in the name of the Regional coordinating Council to cover the hiring of the vehicles under reference but the Regional minister has compromised with the Regional crime officer to silent the story which has caused more anger and pain in the hearts and minds of the people in BA.

The said Regional organizer recently told NDC communicators in the region not to criticize the minister in view of the fact that, the minister safe him from going to jail on the state vehicles issue. The Regional minister has induced and has successfully manipulated his way out to succeed in purchasing the property ie story building facility of DKM which was supposed to be sold and used as a means to persons who were affected by the financial scam. Court processes were forged and back dated to the detriment of the official liquidator.

The building was on a liquidated demand. The minister knowingly of the consequence of his act bought the property in the name of one of his personal bodyguards by name FASAL ALHASSAN. The said FAISAL ALHASSAN was recently enlisted into the National Security service and therefore can never purchase the said building at a cost of 7.8 million Ghana cedis. For avoidance of doubt, see the attached documentary evidence.

On naming of MMDCES by you, Mr. President, the regional minister designate as he then was, masterminded the collection of monies from some aspirants by his special aid Maxwell Mahama and intends promising them to be appointed to the office of the District Chief Executive but he was not able to fulfill his promise.

Kwaku Asomah Cheremeh has induced and directed some districts assembly cases to his law firm [ Henewaa Chambers], Sunyani and has illegally declined the activities of other lawyers who were handling those cases at their various chambers and this is a clear indication of conflict of interest by the regional minister.

For avoidance of doubt see the attached documents and cases filed by one of the MUNICIPAL ASSEMBLY in BA by his law firm against the paramount chief of Techiman.

Flowing from the above, I therefore call on you Mr. listening and incorruptible president of the Republic of Ghana to as a matter of urgency ask Kwaku Asomah Cheremeh to step aside as the Regional Minister to pave way for credible investigation to take place. Mr. listening and incorruptible president, the Regional Minister continues stay in office would undermine your fight against corruption and also obstruct the investigations which would be conducted in respect of my petition.

Mr president no irreparable damage would be caused on the part of the regional minister if he is ask to step aside for investigation to take place In conclusion, I therefore humbly suggest that , the chief justice of the Republic of Ghana must be involved in the yet to be commissioned investigative body on the subject matter in question, simply because some court processes were manipulated and forged at the Sunyani high court as far as the reserved price for the DKM Building is concerned.