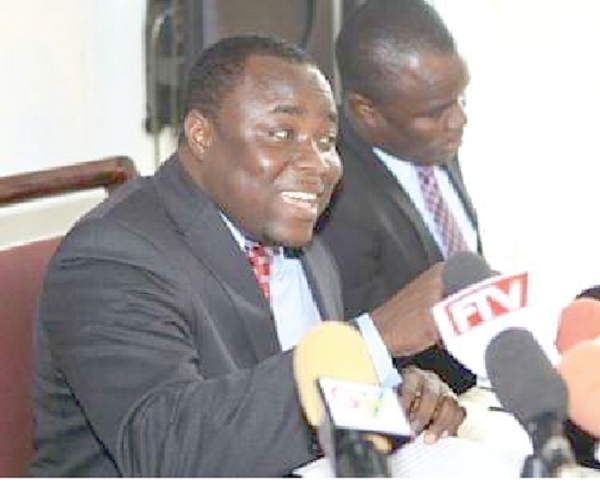 The Progressive People’s Party (PPP) has reiterated its call for the 1992 Fourth Republican Constitution to be amended to make it a development and people-oriented constitution.

It said the amount of money invested in the Constitution Review Commission (CRC) exercise must not be allowed to go waste, stressing that “it shall remain a scar on the conscience of right-thinking Ghanaians if these fundamental changes and many other brilliant recommendations contained in the CRC’s report continued to gather dust.”

Addressing a press conference to mark what it calls “Fix the Constitution Day” in Accra yesterday, the first Vice-Chairman of the PPP, Mr Felix William Ograh, said securing and safeguarding the country’s democracy could only be achieved through the amendments.

The party, in September 2021, fixed December 7 as Constitution Day to push for the amendment of the 1992 Constitution.

Among other things, the party is calling for an amendment of the constitution for the election of metropolitan, municipal and district chief executives; prohibit Members of Parliament from being appointed as ministers of state, chairmen or members of boards of state institutions; separate the Attorney-General’s Office from the Ministry of Justice; introduce a public declaration of assets regime as well as clarify the eligibility of Ghanaians in the diaspora to hold public office

While advocating the election of MMDCEs as well as members of the assemblies, Mr Ograh said the concept of government appointees should also be completely abolished.

He said the election of district chief executives would also ensure that all the resources allocated through the District Assemblies Common Fund were demanded by the elected officers for local development.

“It will ensure local accountability, elimination of corruption and rapid development. If citizens are capable of electing the president and members of parliament, they should be credited with the wisdom to decide who governs them at the local government level,” he stated.

Mr Ograh advocated the strict separation of powers because the current arrangement where the 1992 Constitution by design bequeathed Parliament to the Executive had hampered Parliament’s ability to exact accountability from the Executive on behalf of the people.

“It is our position that if a Member of Parliament is appointed as a minister or accepts any other appointment by the President, then he/she must resign his seat before taking up the appointment.

People seeking to become public officers must choose to either become part of the Legislature or the Executive,” he stated.

On the separation of the position of Attorney-General from the Minister of Justice, he said the party was of the view that making the Attorney-General a minister of state compromised his or her ability to fight and prosecute political corruption.

Mr Ograh said another tool in the fight against corruption was an effective assets declaration regime.

He said it was in that regard that the PPP agreed with the recommendation of the Constitution Review Commission for a new Assets Declaration regime where the completed forms were published and could be accessed by any interested citizen for the purpose of verification.

“We need to confront political corruption head-on if we want to safeguard this last attempt at constitutional democracy,” he stated.

Mr Ograh said the citizenship of Ghanaians could not be vitiated by virtue of their dual nationality.

“We must introduce an amendment to the Constitution to clarify and allow Ghanaians living in the Diaspora to be fully eligible to participate in the democratic process.

This will ensure full citizenship rights to Ghanaians living abroad so that they can vote and serve in public sector positions,” he stated.