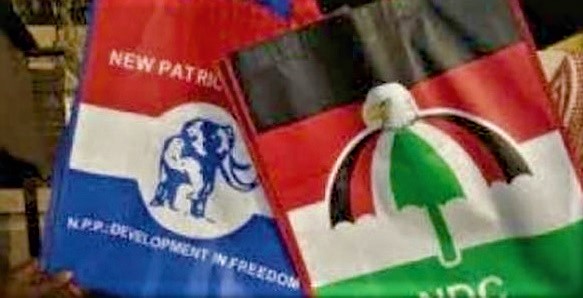 Ghana transitioned to multiparty democracy in 1993 after the 1992 Constitution came into effect in April 1992.

Since then, our multiparty democracy has metamorphosed into a two-party democracy that has produced two giant duopolies — the National Democratic Congress (NDC) and the New Patriotic Party (NPP). Although they have a veneer of being different, the two parties have been similar in terms of governance.

Between 2014 and 2016, while the NDC was in power, there was a lot of agitation in Ghana, especially among the youth. The economy was in a terrible state, with high unemployment rates, interest rates, inflation and debt levels, accompanied by a rapidly depreciating cedi, an irregular power supply (dumsor) crisis and widespread corruption.

The alarming situation was partly blamed by the ruling government on external factors such as the global commodity crises. Yet in the midst of this suffering and hardship, government appointees were living lavishly and in opulence. The common language on the street was that of disaffection, despair and disdain for the administration.

Within this period, the NPP positioned itself in opposition as a credible alternative that was ready with all the answers to rescue Ghana from its problems. The then vice-presidential candidate and leading members of the party held several lectures and media engagements lamenting the various challenges that had characterised President John Mahama’s terms of office, insisting that his administration was incompetent, insensitive and had failed to live up to expectations. They gave lofty promises and assurances, convincing the average Ghanaian that a vote for the NPP was the only possible remedy to their economic difficulties.

Subsequently, by the 2016 general election, the opposition was the clear favourite on both domestic and international polls.

The outcome of the election was historic: for the fi rst time in the history of the country, the NPP’s presidential candidate won by a landslide 53.6 per cent of the votes, and the NPP secured an overwhelming majority of 169 seats in Parliament as against the 106 secured by the NDC.

The humiliating defeat was evidence enough of the citizens’ discontent with the ruling party.

Six years later, however, the nation is right back in the same condition, only with the roles of the political parties reversed. Many Ghanaians are disappointed with the government’s performance and its inability to build a resilient economy, create jobs, reduce the cost of living and fight corruption.

The unemployment rate has reached 13.4 per cent, the inflation rate is around 23.6 per cent, the interest rate is almost 20 per cent and the debt-to-GDP ratio has reached unsustainable levels at almost 80 per cent. Fuel prices increase every week and the cost of living keeps rising at an alarming rate.

In the midst of this economic crisis, corruption has become endemic but the political class is living in opulence to the disdain of the ordinary Ghanaian. Again, the incumbent government blames the external factors of the COVID-19 pandemic and the Russia-Ukraine war for the economic debacle. Meanwhile, the NDC — now in opposition — blames it on the incompetence and mismanagement of the incumbent government.

The two parties are merely two sides of the same coin, doing exactly the same things but switching opinions on issues depending on whether they are in government or in opposition. When they are in power, they argue that exchange rate depreciation is caused by the fundamental structure of the economy; when in opposition, they decry it as mismanagement and incompetence.

When in power, they insist on taxation as the best fiscal policy; when in opposition, they maintain that expenditure reduction instead of taxation is the appropriate fiscal measure.

Consequently, although Ghana is touted for being a leader of democracy in Africa, what choice does the citizen actually have? Every four years, the Ghanaian electorate heads to the polls to elect the lesser evil, rather than making a choice for the greater good. Though they are fully aware that the incumbent government has been woefully inadequate in managing the nation, they are equally aware that the opposition has not proved to be a better alternative for solving our challenges. These behaviours of the parties cause disaffection among the populace and endanger the multiparty democracy of the 4th Republic in Ghana.

As we mark the 43rd anniversary of the June 4 uprising, political leaders should reflect upon the events that led to it and remember that we cannot take the stability of the 4th Republic for granted; neither should we think that Ghanaians can endure the suffering, disappointment and corruption of the political class for long. It is time as a nation to reform our governance structure to save our democracy.

The writer is a researcher with the Institute for Security Studies, Pretoria.