I borrowed 12 cars, including Togbe Afede's to show off at my wedding - Paul Adom-Otchere 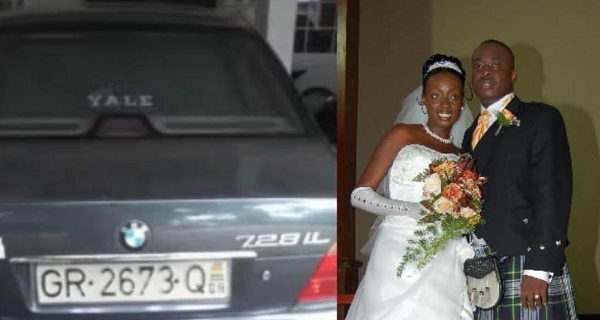 Paul Adom-Otchere has admitted that he borrowed a BMW 7 Series vehicle from the Agbogbomefia of the Asogli State, Togbe Afede XIV for his wedding in December 2005.

According to him, the vehicle which he borrowed for two hours was part of a 14-car procession he used for his wedding because he wanted to show off.

VIDEO: Why I will not criticise Prez Akufo-Addo on air - Paul Adom-Otchere

He said out of the 14 cars, two including a Mercedes Benz C-Class belonged to him and the rest were given to him by his friends including Dr Kofi Amoah, who also gave him a BMW 7 Series vehicle.

"I was talking to Togbe Afede about this wedding, I told him that Kofi Amoah is giving me his car, BMW Seven series, for the wedding. This wedding, I had about 14 cars, two of them were mine, and the rest were given to me by people. When I said I was going to get married people blessed me; I was favoured," Mr Adom-Otchere said yesterday on his show.

"I said that Togbe, Kofi Amoah is giving me his BMW 7 series - Kofi Amoah's car and Togbe's car were exactly the same - so, I said I need your car so, that when the thing opens, the two BMWs will come then the Mercedes will follow. I just wanted to show off. My car was Mercedes." he narrated.

Mr Adom-Otchere also admitted receiving a cheque from Togbe Afede XIV for part-payment of his Ghana School of Law fees. However, he stressed that at the time the fees were already paid.

"...Do you know how many people have given me school fees money?," Adom-Otchere quizzed.

"So, what is the point about that? I don't even get it but anyway people wanted me to react to it".