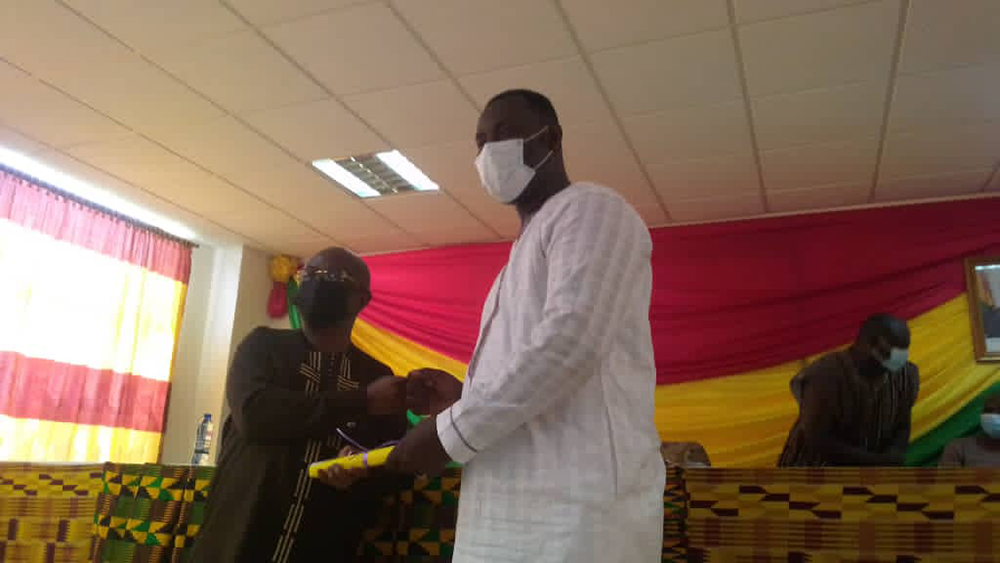 The Volta Regional Minister, Dr Archibald Yao Letsa, has directed municipal and district chief executives (MDCEs) in the region to begin executing programmes, policies and the development agenda of the government.

He further instructed them to harmonise the efforts of all stakeholders, including assembly members, civil society (CSOs), non-governmental (NGOs), associations, religious bodies, among other things, to ensure the sustainable development of the region.

At a swearing-in ceremony of the MDCEs in Ho last Friday, Dr Letsa said if executed diligently, government’s social contract with Ghanaians would be satisfactorily fulfilled.

He, therefore, called on them to justify the confidence reposed in them by President Nana Addo Dankwa Akufo-Addo and the assemblies.

“His Excellency requires competent and proactive people to take charge of our various assemblies to prosecute his agenda of developing and transforming the nation,” he said.

“You must offer critical leadership by considering matters of common interest to the generality of the good people of your district and encourage active participation of your people in programmes and activities meant for the enhancement of the social and economic development of the district.”

Dr Letsa referred the Municipal and District Heads to the Public Financial Management Act 2016 ACT(921) and called on them to carefully study its contents to avoid being cited for violations with its attendant embarrassment and inconveniences.

He also called on the MDCEs to be investment minded, and described as unacceptable the failure by most district assemblies to set aside at least 20 per cent of their annual internally generated fund (IGF) for investment or development projects.

“Ensure and promote discipline, hard work and dedication while ensuring effectiveness, efficiency and transparency as required in the Local Government Service delivery standards, in order to promote and sustain progress and development in their respective jurisdictions,” he said.

We will deliver On behalf of his colleagues, the Municipal Chief Executive (MCE) of Kpando, Mr Jeffery Kwadzo Badasu, expressed appreciation to the regional minister and the various regional and district heads for the confidence reposed in them.

He described their nomination, confirmation and subsequent swearing in as a “call to duty” while pledging to deliver on their core mandate.

Meanwhile, the fate of three nominees who failed to garner a two-thirds majority of ballots during their confirmation polls remain in a state of suspense.

The three are Messrs. Anthony Avorgbedor for Ketu North Municipal, Phanuel Kadey Donkor, who was re-nominated for the Adaklu District and Prosper Patu Kofi, for the Akatsi North District.