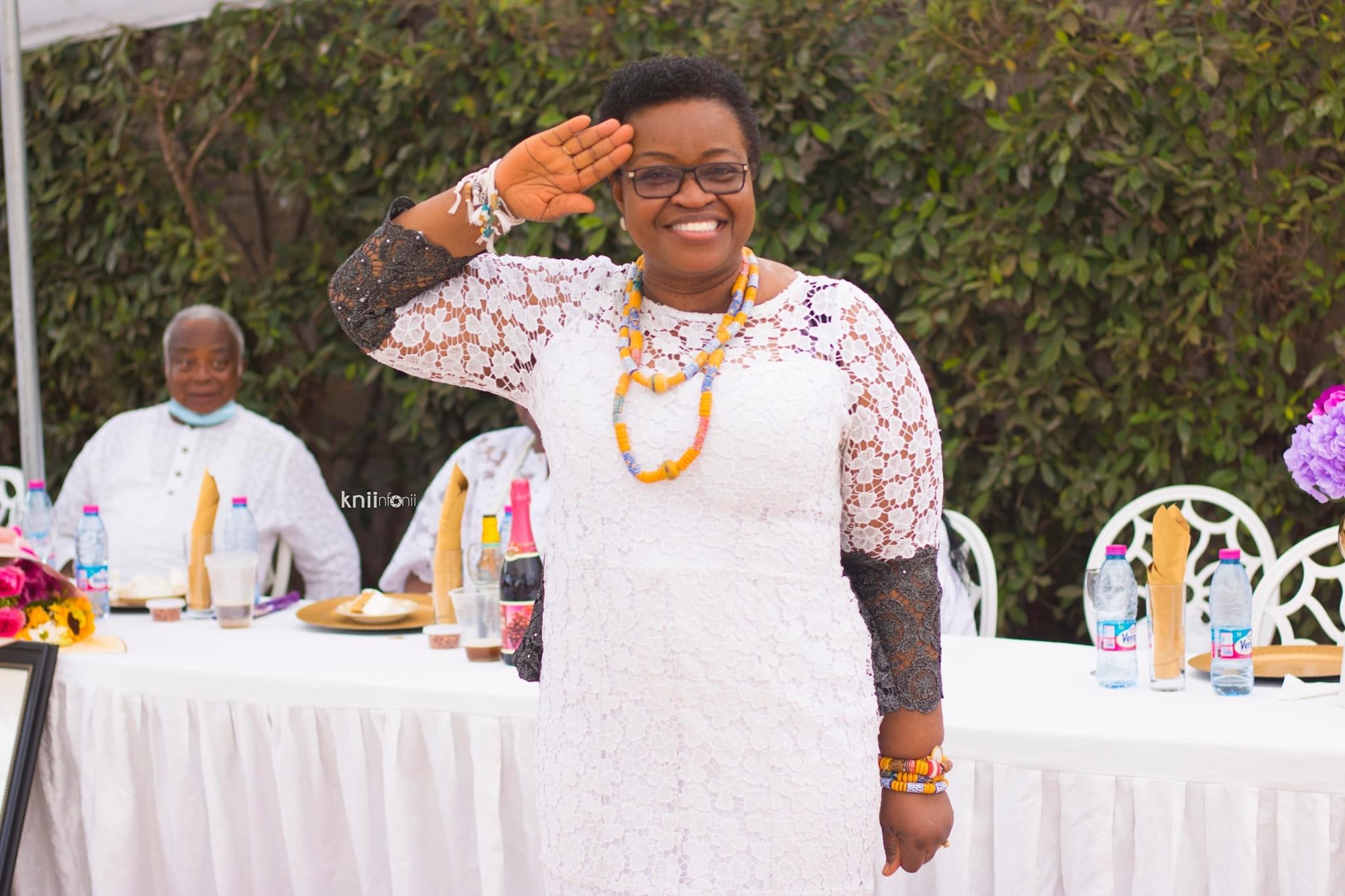 The Garrison Methodist Presbyterian Church, Burma Camp, where the solemn service took place, also witnessed the announcement of her posthumous promotion from Brigadier General to Major-General, again making the gallant female soldier, who achieved the first female status in many sectors of her illustrious 42-year career, the first female soldier to earn that rank.

The new rank, which was announced by the Chief of the Defence Staff (CDS), Vice-Admiral Seth Amoama, takes immediate effect and it is expected to reflect on all her official records.

Vice-Admiral Amoama said President Nana Addo Dankwa Akufo-Addo approved of the promotion in recognition of the late Maj. Gen. Edjeani-Afenu’s outstanding and exemplary career as a military officer and for being a trail blazer in other fields, both locally and internationally. 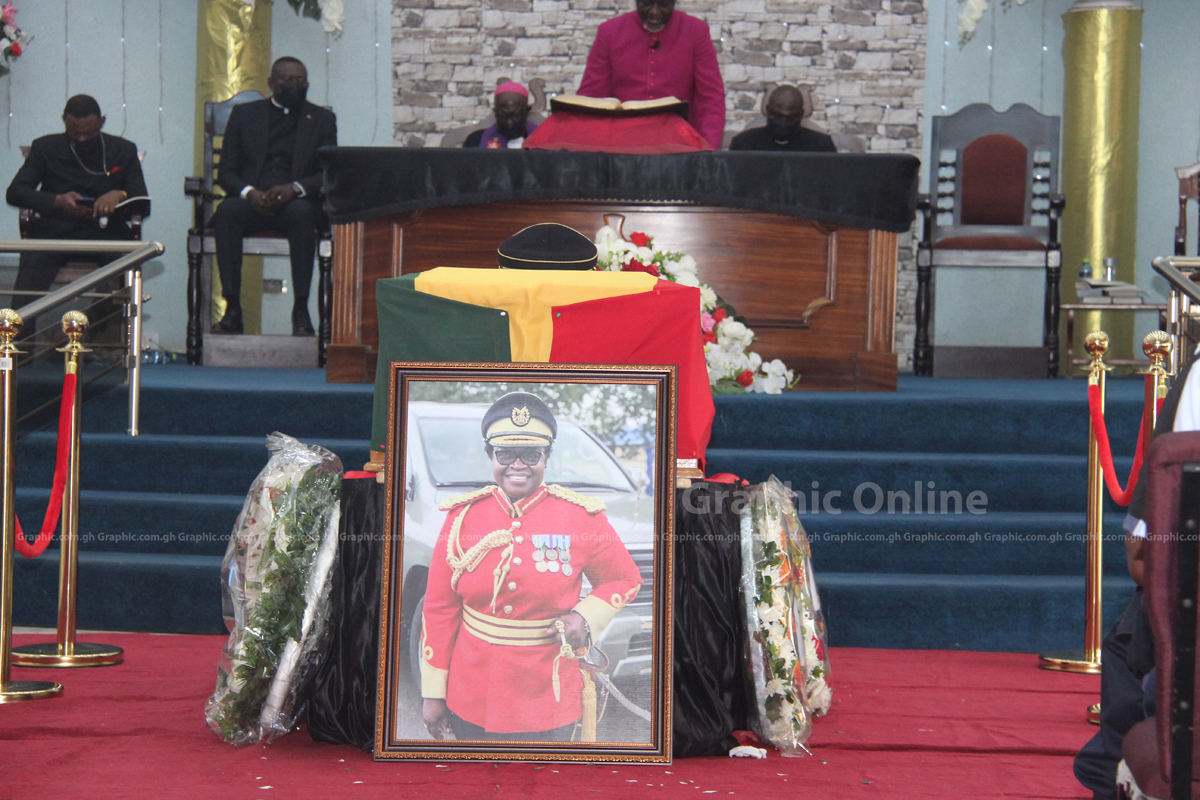 Among the dignitaries at the service were the President, the Chief of Staff, Akosua Frema Osei-Opare; the Minister of Defence, Dominic Nitiwul; the Second Deputy Speaker of Parliament, Andrew Amoako Asiamah; the Volta Regional Minister, Dr Archibald Yao Letsa; the Member of Parliament (MP) for Ho Central, who represented the Volta Caucus in Parliament, Mr Benjamin Komla Kpodo; the MP for Ningo Prampram, Mr Sam George, as well as serving and former senior officers of GAF.

Sympathisers filed past the remains of Brigadier-General Edjeani-Afenu by 8: 30 a.m., paving the way for the burial service which was characterised by the singing of hymns and reading of scriptures. 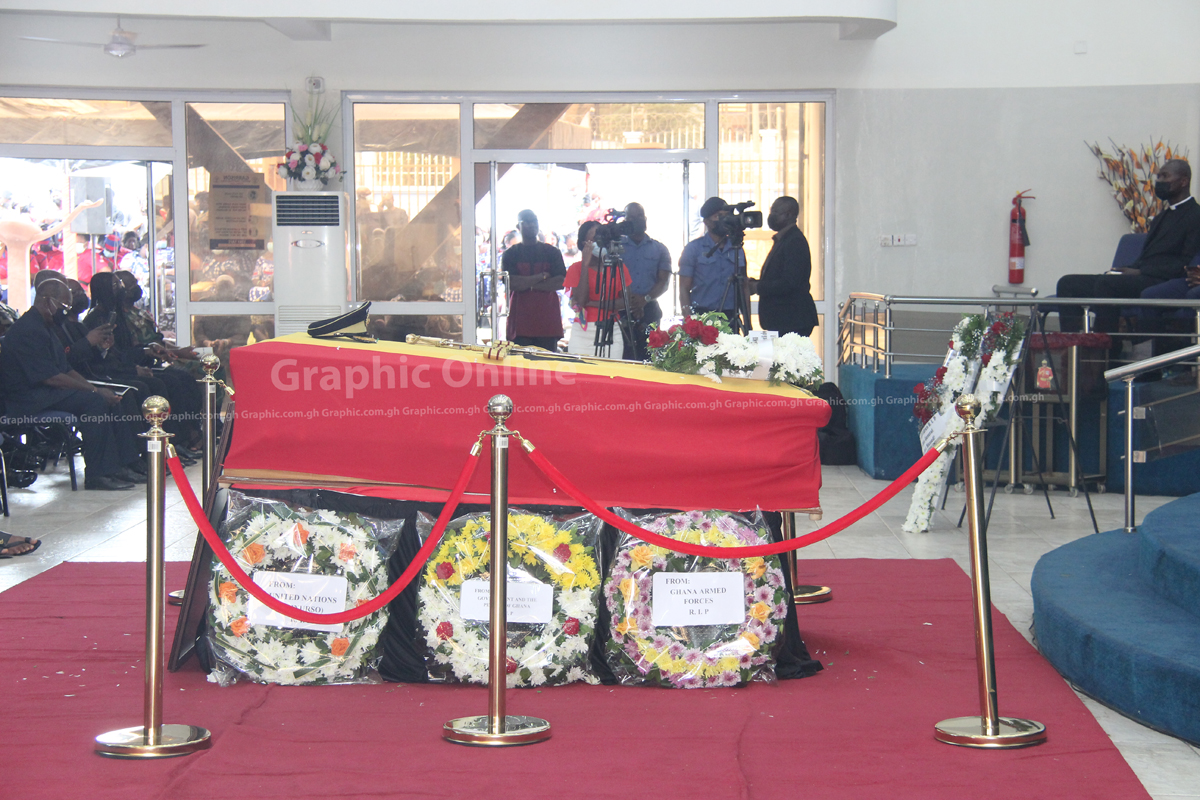 Tribute by the United Nations Mission for Referendum in Western Sahara (MINURSO), where Maj. Gen. Edjeani-Afenu became its first female Deputy Force Commander, and GAF, described her as a brave, courageous and gallant soldier.

MINURSO said Maj. Gen. Edjeani-Afenu served with honour, vision, leadership, determination, understanding, clarity and agility from 2019 to 2021, with a focus to improve the conditions of service for MINURSO’s personnel, including ensuring gender equality.

She also advocated an increase in the number of female military officers serving in MINURSO, the tribute added. 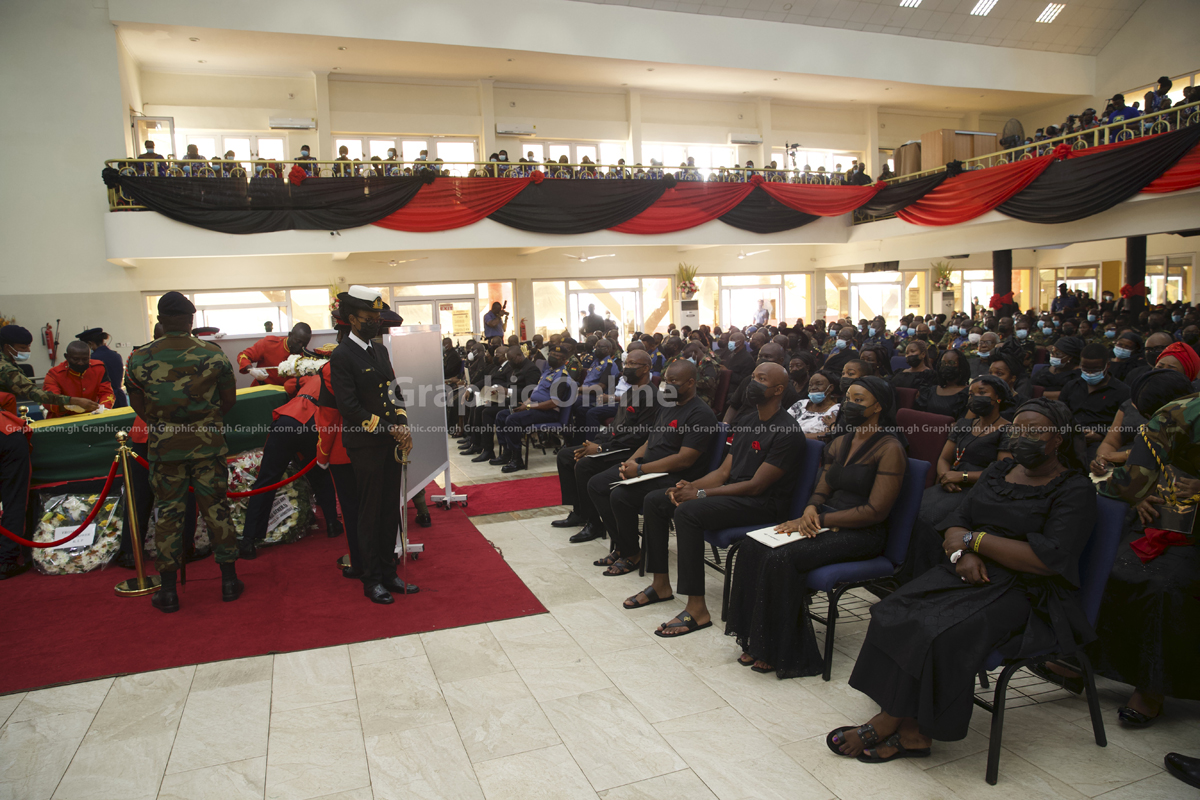 For its part, the GAF said Maj. Gen. Edjeani-Afenu was a rare professional who exuded confidence and competence throughout her distinguished career in the armed forces.

It said she lived the core values and standards of the GAF as evidenced by the Long Service and Efficiency Medal awarded her in November 20, 1996.

In his tribute, the husband, a retired military captain, Fred Kafui Afenu, who described his wife as simply amazing who made their home an exciting dwelling place.

“In my dreams, we would ‘grow old together’, still with music in the air, sky full of rainbows, the moon rolling down the milky way, the sun bringing in the day and she should walk out of clear blue sky and ask me if I could fly, and then we would float as we sail away,” Capt. Afenu said. 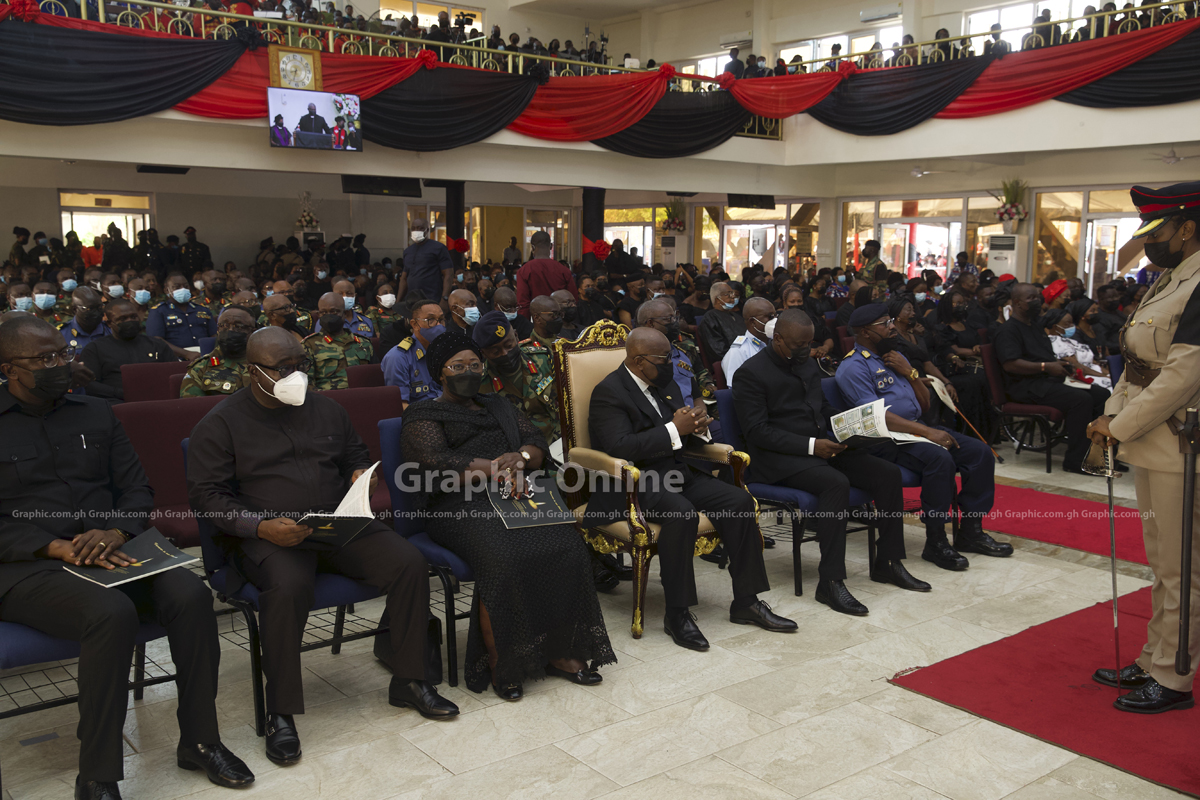 In a sermon delivered by the Presiding Bishop of the Perez Chapel International, His Eminence Bishop Charles Agyinasare, he said the late Maj. Gen. Edjeani-Afenu was dedicated and committed to the work of the church.

"She was a loving and spiritual person who was always ready to serve, especially in her role as an usher of the church," he said.
"Blaming God will not solve the problem, bringing guilt upon yourself will not help you. Take charge of your thoughts, enjoy the memories of the good times you spent together,” Bishop Agyinasare admonished.

Later at about 11:30 a.m., the casket containing the remains of Brig. Gen. Edjeani-Afenu was transported from the church to the Military Cemetery at La, her final resting place. 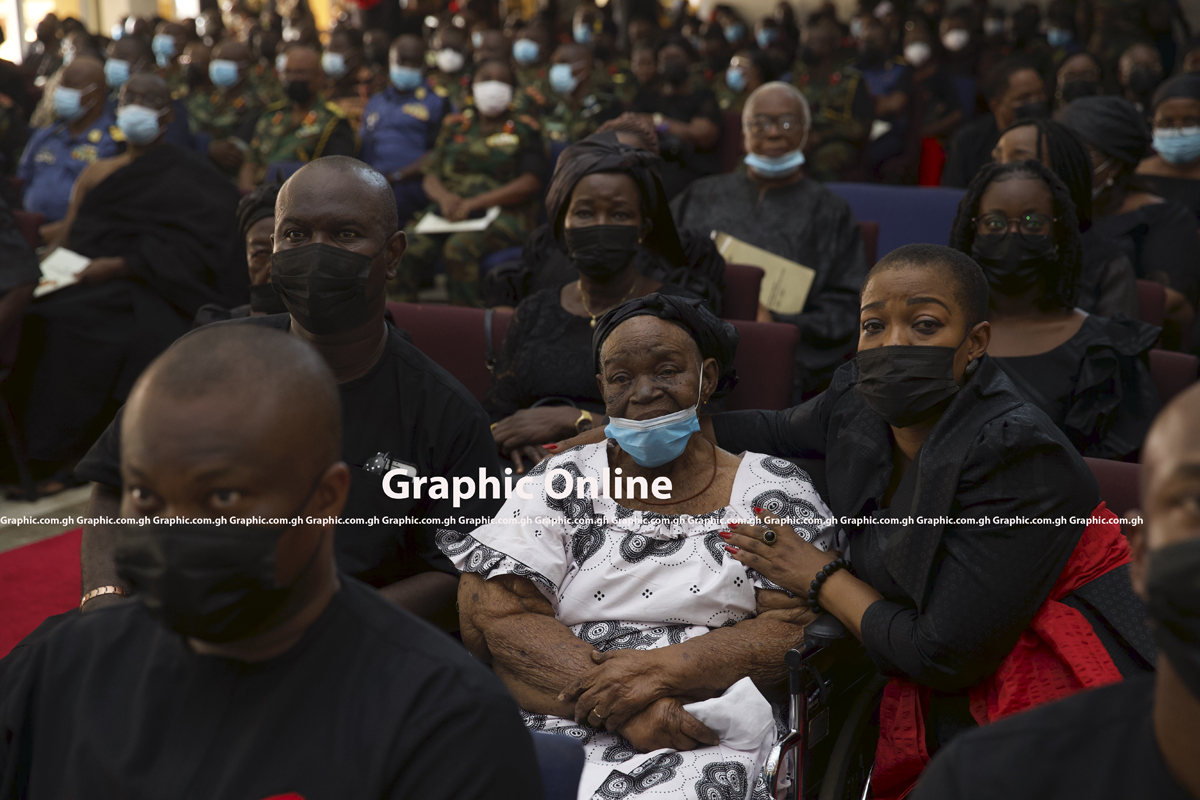 Major Gen. Edjeani-Afenu was born on March 5, 1960 at Vane Avatime, near Amedzofe in the Volta Region.

She attended Wesley Girls High School for her General Certificates of Education (Ordinary and Advanced Levels) from 1971 to 1978, before enlisting in the military.

Major Gen. Edjeani-Afenu had her officer cadet training at the Ghana Military Academy, Teshie from November 1978 to April 1980, and was commissioned on April 25, 1980 into the Ghana Army as part of Regular Career Course Intake 21.

She was first posted to the then Border Guards Unit and served the colours for 42 years.

Her years of service were a mix of career progression training courses, refresher training and civil education, diverse staff and command appointments across the GAF and civil institutions, including the UN.

In 2013, she became the first female to be appointed as Deputy Military Advisor to the Permanent Mission of Ghana to the UN, New York, till 2016.
While in New York, she was promoted as the first female Brigadier-Gen. of GAF in MINURSO from 2019 to December 2021. 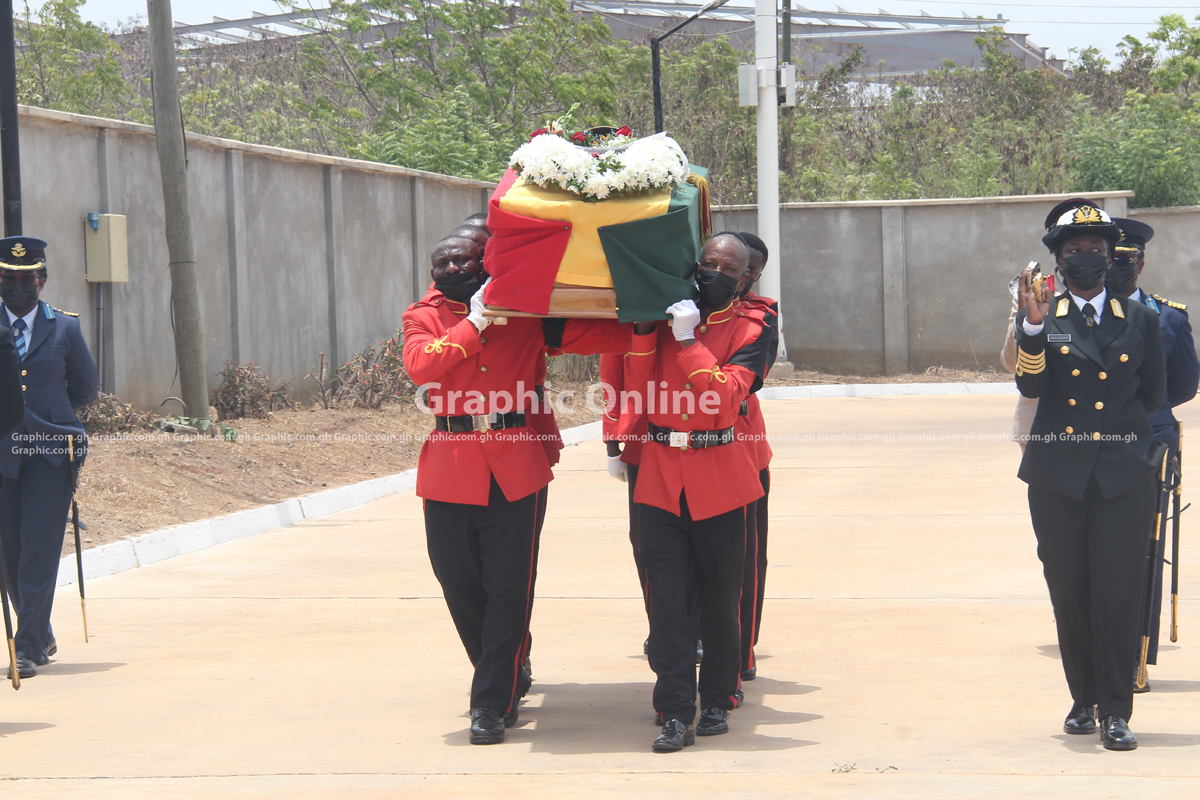 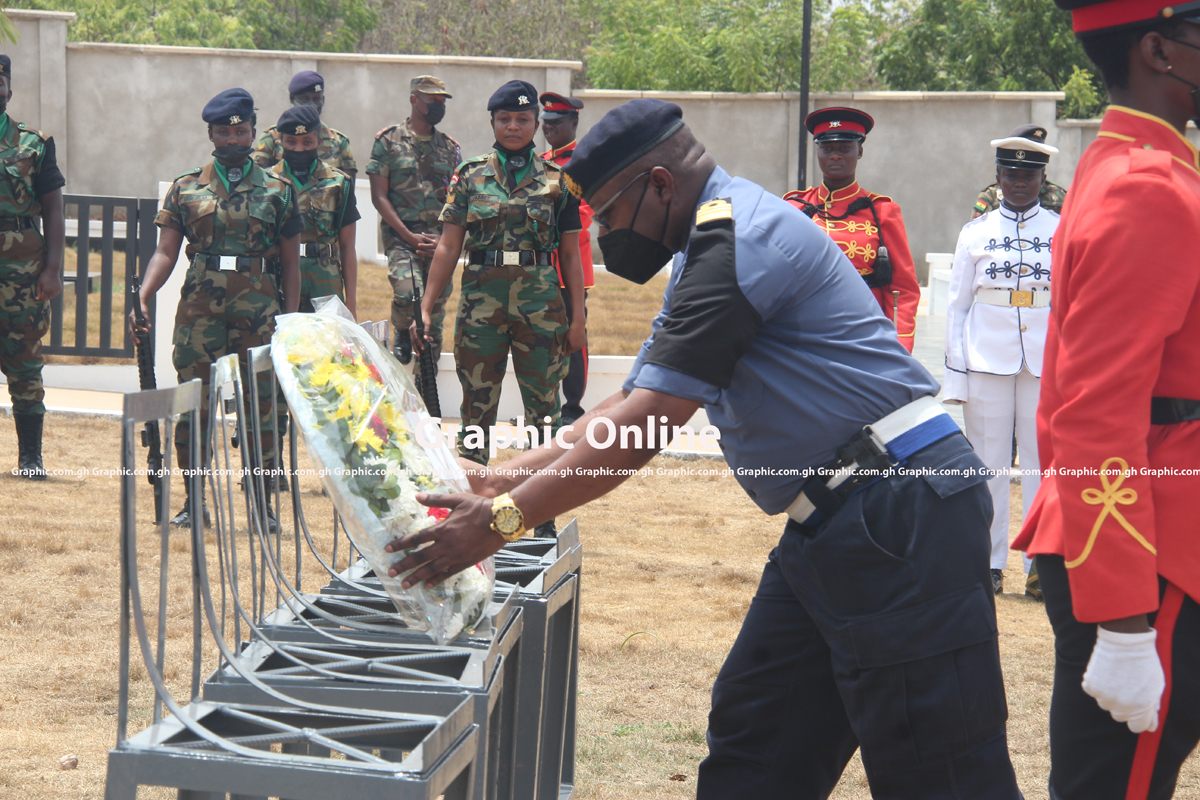 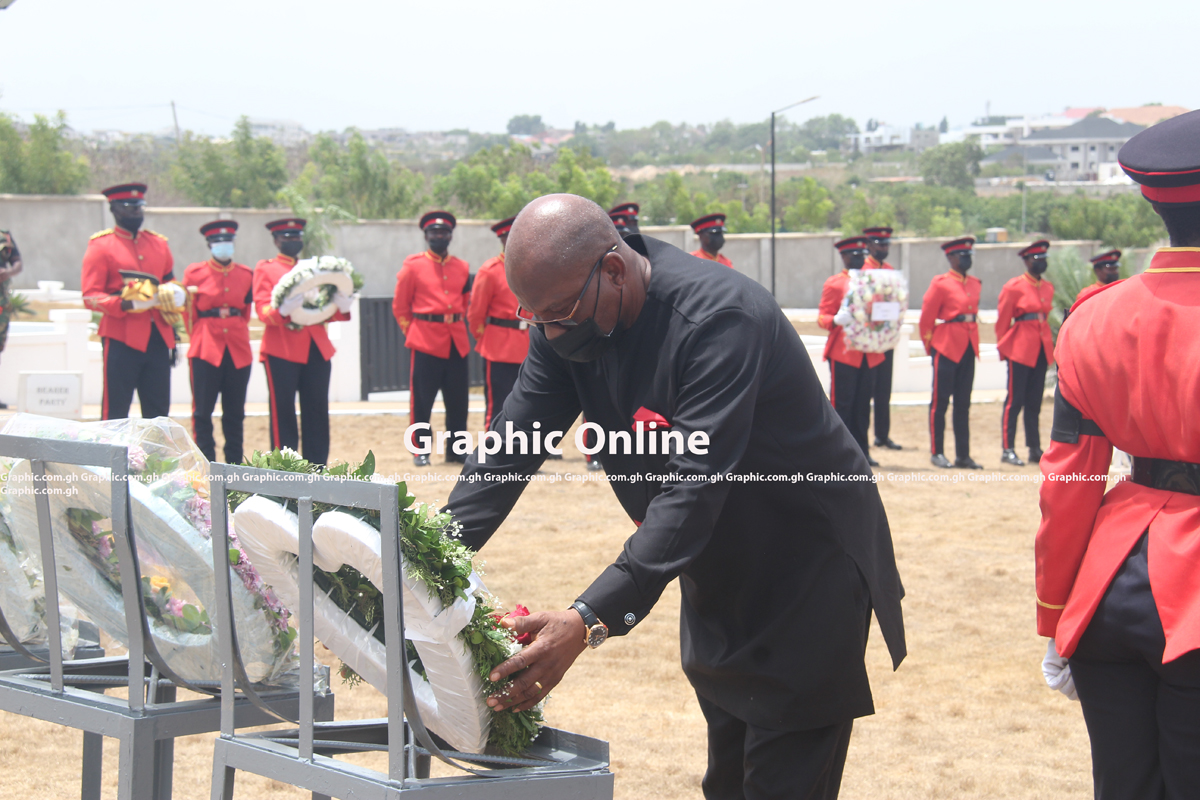 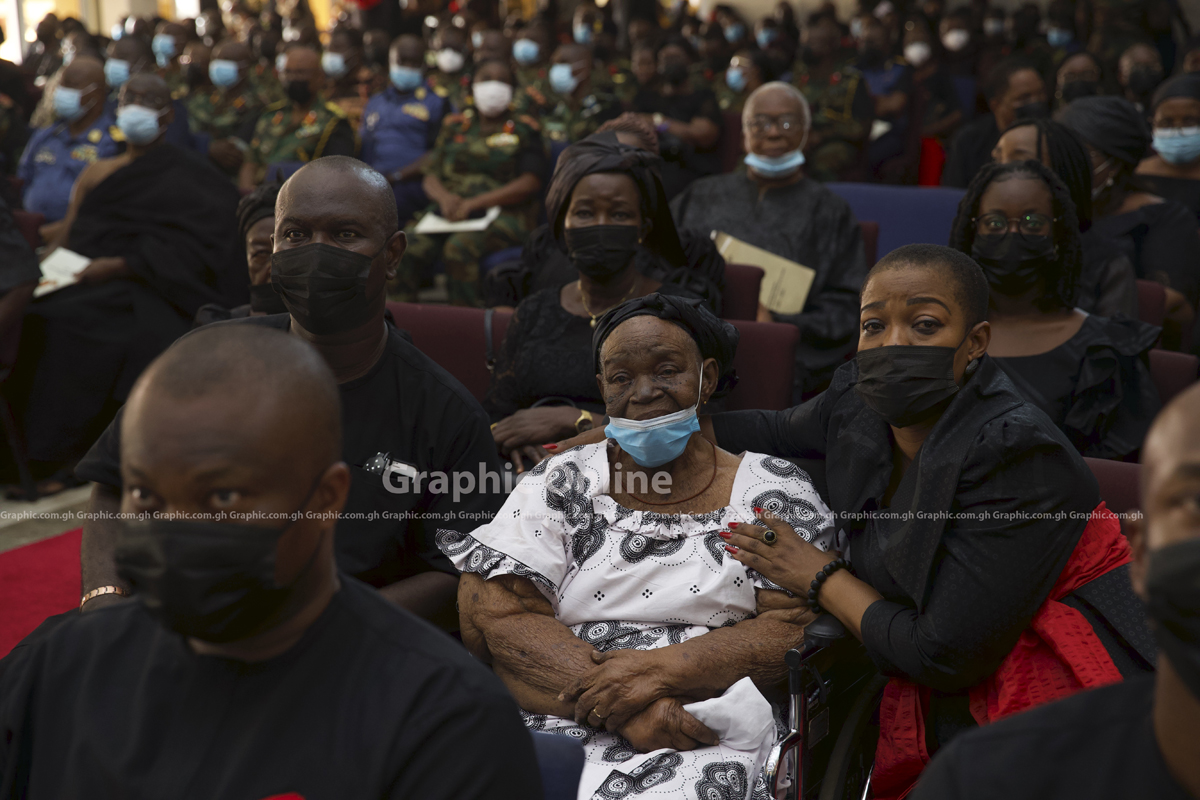 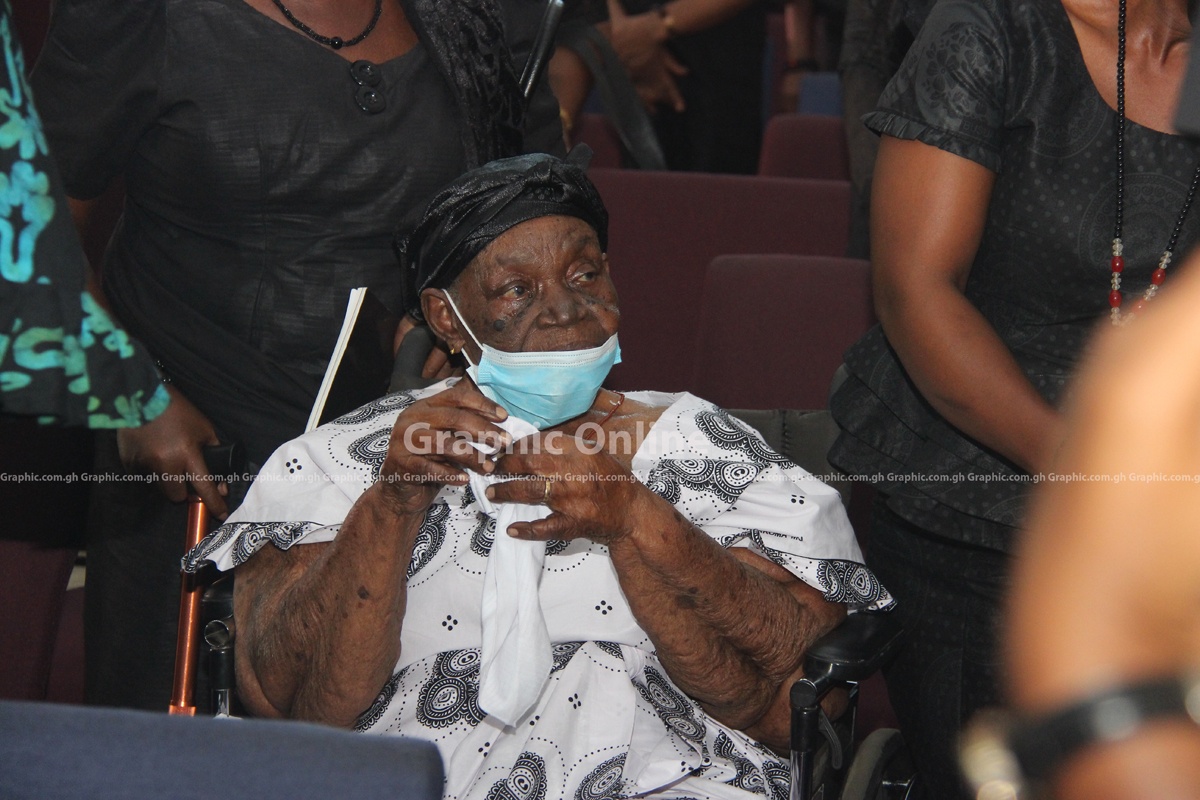 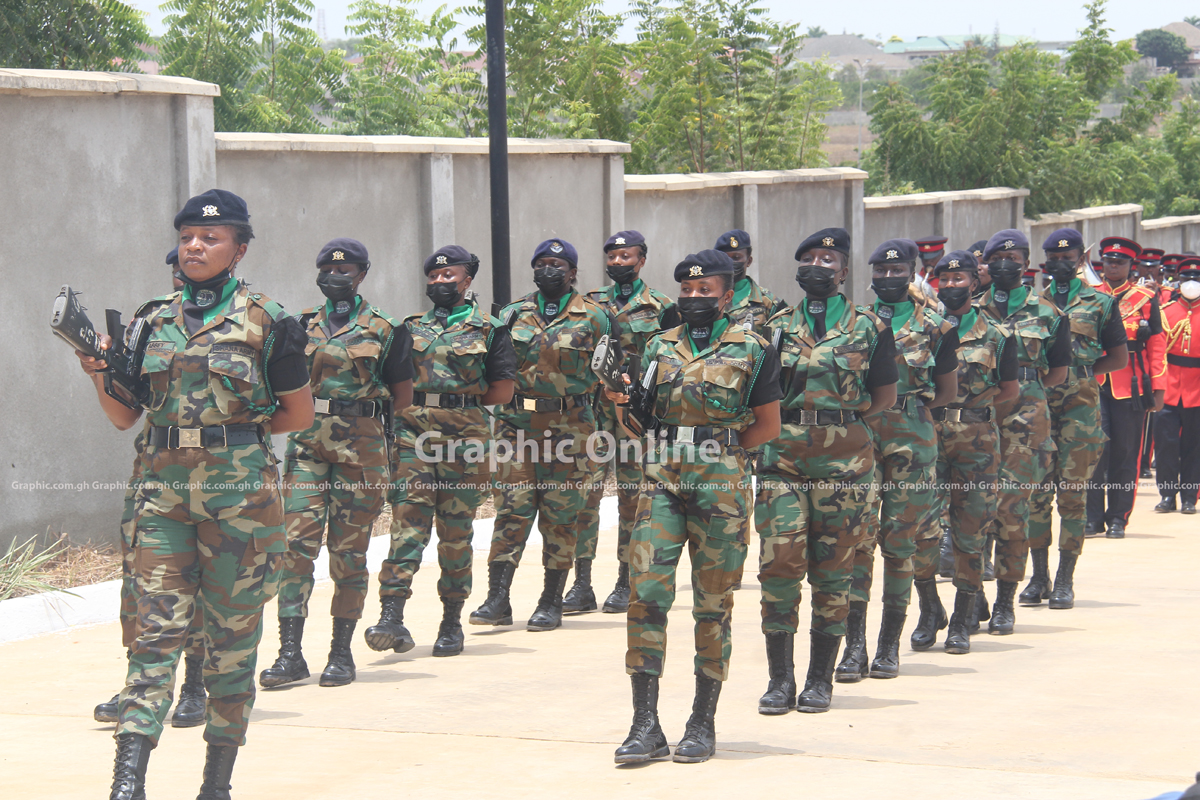 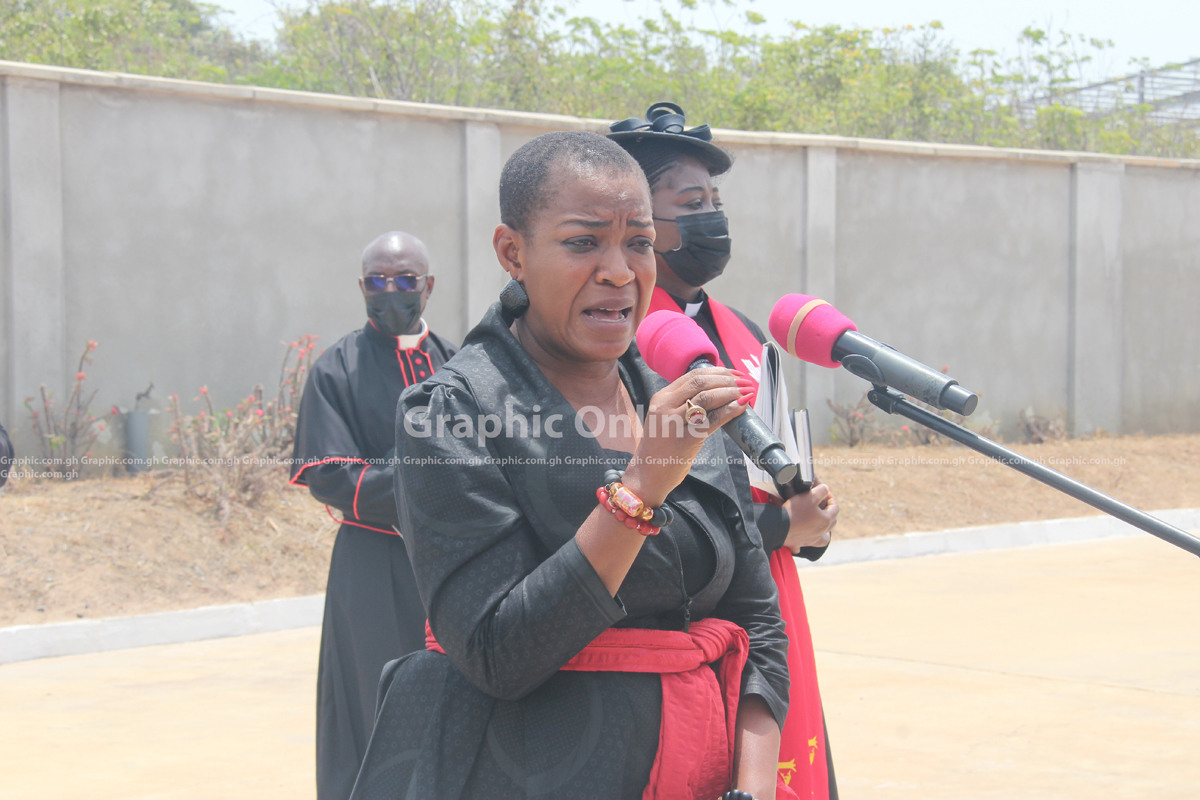 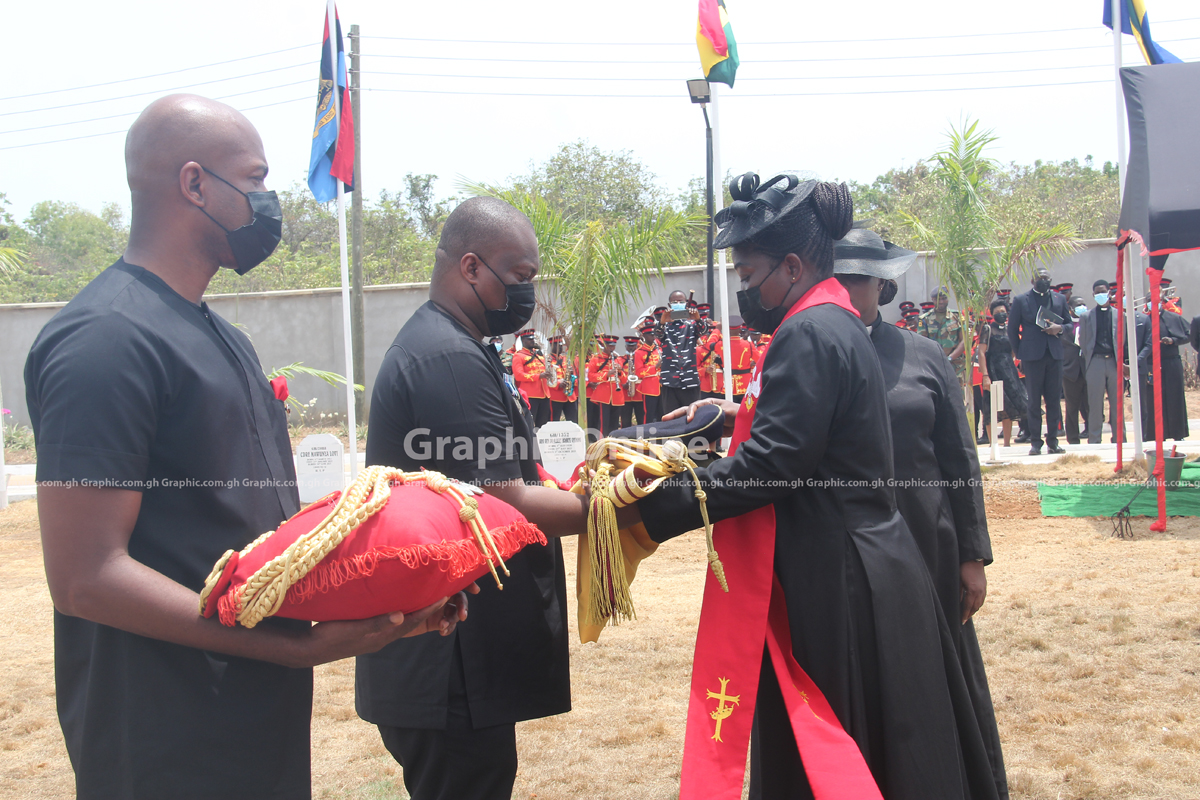 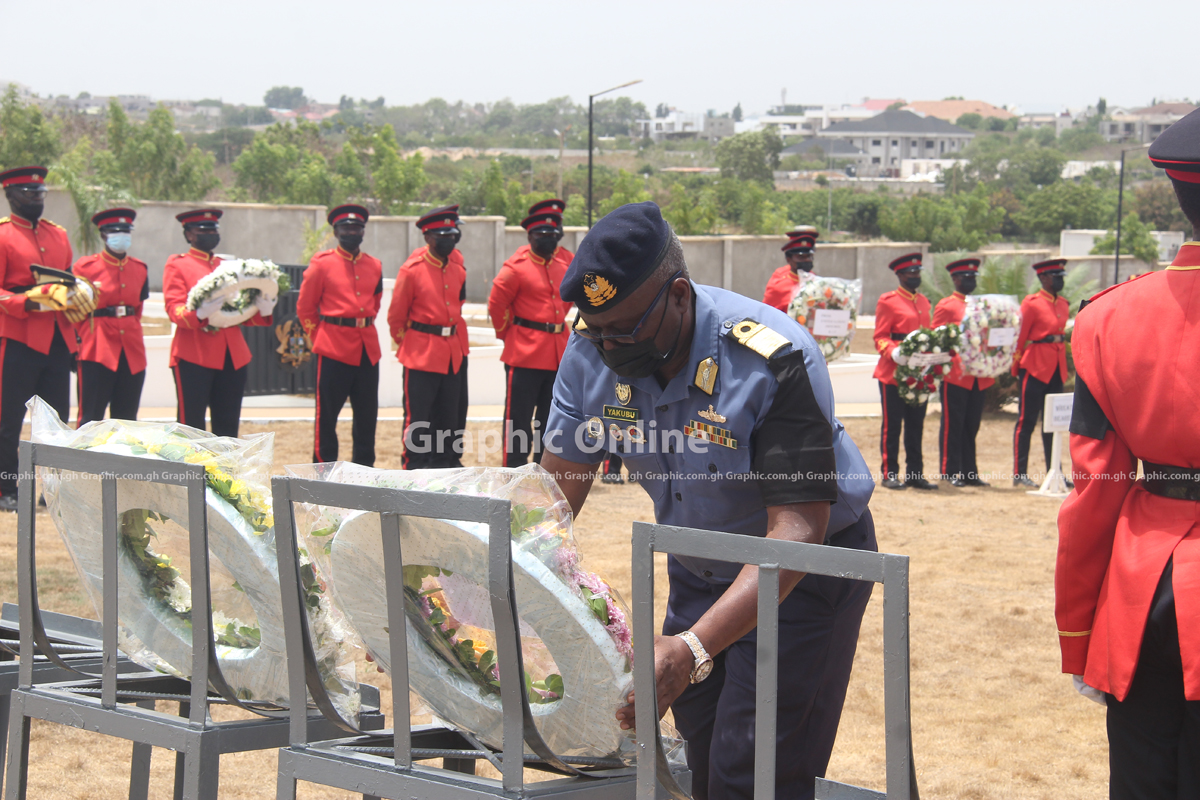 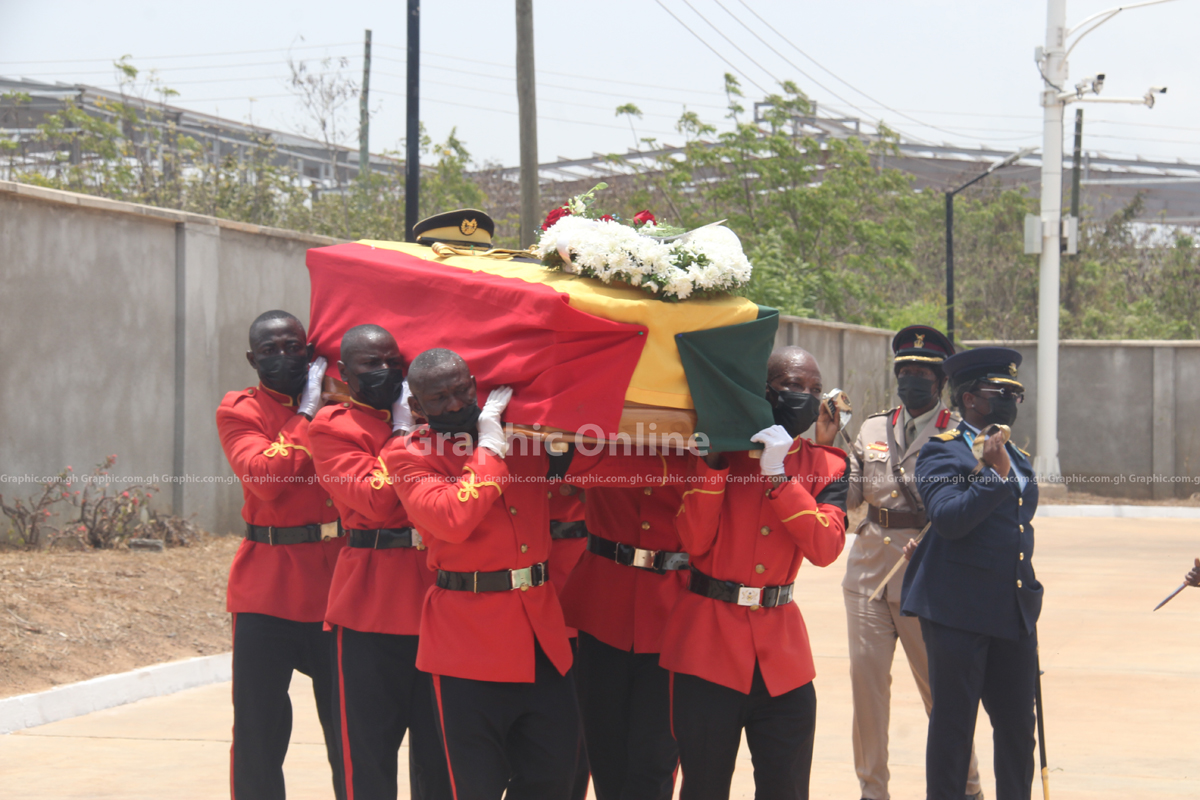 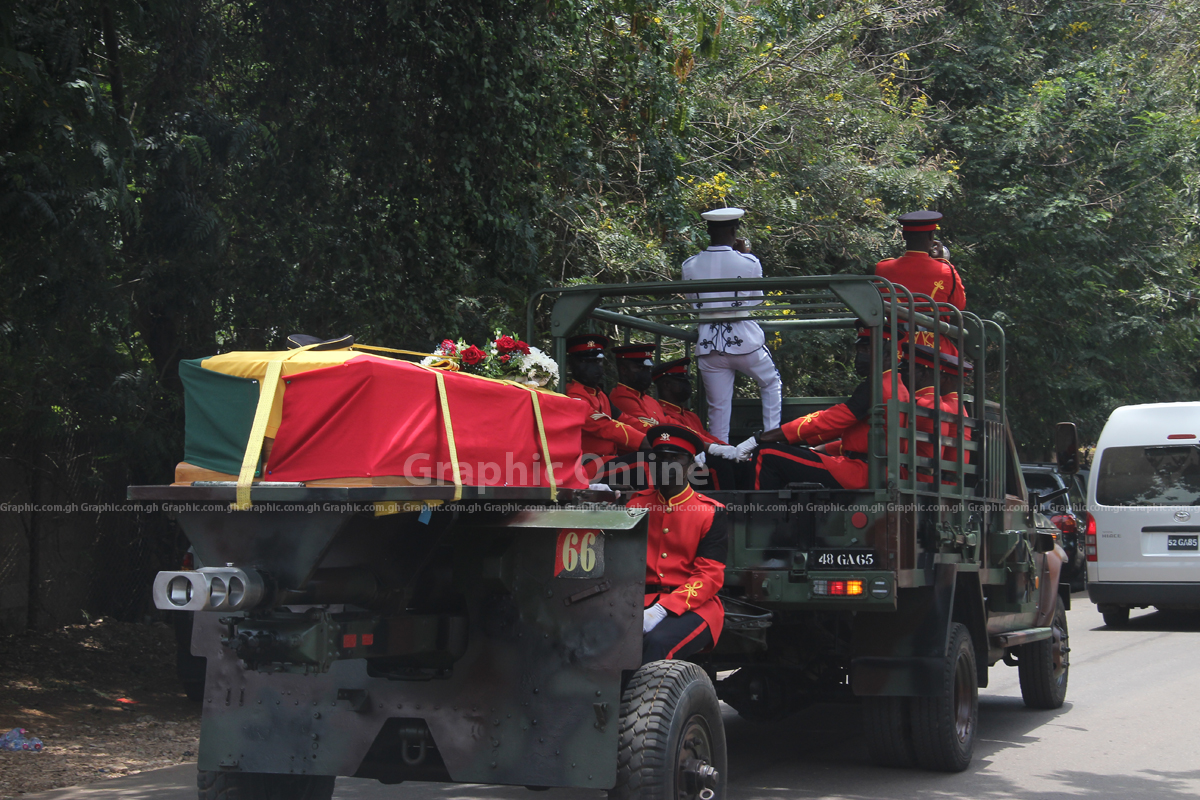