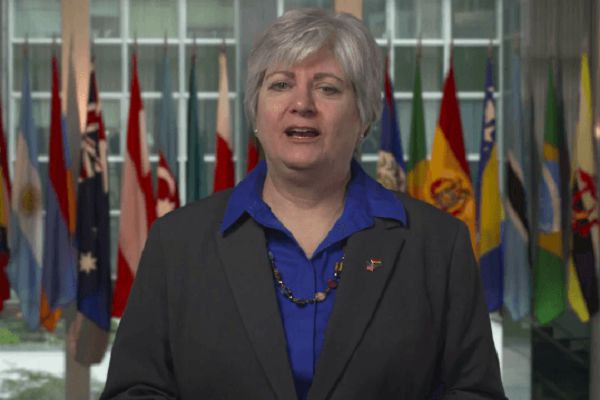 The Ambassador of the United States of America (USA) to Ghana, Mrs Stephanie S. Sullivan, has called on the youth to take an active stand against rape.

She said the conspiracy of silence around sexual and gender-based violence robbed survivors of their power and that inhibited social and economic development.

Launching the Visuals for Gender Project to mark the start of 16 days of activism against Gender-Based Violence (GBV) in Accra last Thursday, Mrs Sullivan said there was the need to use the power of strong support networks to speak up on accountability and change.

The theme for the event is: “Orange the world: Generational equality stands against rape.”

The project was designed by Mobile Web Ghana and funded through a U.S. Embassy grant. It aims at building the capacity of journalists, gender activists, civil society organisations (CSOs) and government agencies working on sexual and reproductive health to tell their story with data.

It also seeks to visualise and use government data on gender-based violence to educate key stakeholders such as civil society organisations, journalists and government officials to inform evidence-based advocacy to influence government policy.

The US Ambassador cited a report by the United Nations (UN) indicating that 35 per cent of women worldwide had experienced physical or sexual intimate partner violence and sexual violence by a non-partner.

“Many more of such crimes go unreported,” she added.

According to Mrs Sullivan, violence against women was as serious a cause of death and incapacity among women of reproductive age as cancer and a greater cause of ill health than traffic accidents and malaria combined, adding that while there had been some progress, the statistics were stark reminders of work still to be done.

The ambassador further explained that data helped to create evidence-based cases that shone light on the worldwide epidemic as it affected the most vulnerable girls.

“We saw in the videos the importance of awareness-building activities for children of school age and their educators alike. As a former teacher, I know first-hand how important safe space is for learning. The gender team’s aim to educate 300 junior and senior high school girls and 50 teachers is timely”, she added.

She recalled that the U.S. Secretary of State, Mr Mike Pompeo, at the observance of this year’s International Women’s Day said: “In far too many places, women and girls still do not enjoy basic rights and are prevented from taking their rightful place in society. We strive for a world in which women and girls are free to realise their full potential and live in dignity along with their families, communities and countries.”

A retired Commissioner of Police and former Head of the Anti-Human Trafficking Unit of the Ghana Police Service, Mrs Patience Ashorkor Quaye, urged victims of sexual-based violence to speak up and report such cases of abuse.

The Chief Executive Officer (CEO) of Mobile Web Ghana, a technology hub and a co-working space in Accra that empowers entrepreneurs and the youth through mobile and web technology training, Mrs Florence Toffa, also recounted how her team got a class of about 100 students to speak about sexual violence meted out to them. One of them was bold to speak about her abuse by her mother’s driver.