Strike out charges against me - Quayson tells court 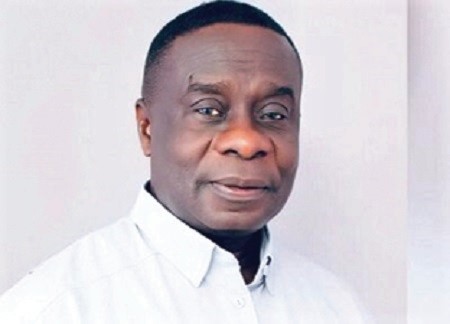 The injuncted Member of Parliament (MP) for Assin North, James Gyakye Quayson, has filed a motion urging the High Court to strike out some charges levelled against him.

Mr Quayson has pleaded not guilty to five counts of deceit of a public officer, forgery of passport or travel certificate, knowingly making a false statutory declaration, perjury and false declaration for office over the allegation that he knew he had dual citizenship when he filed to contest the 2020 parliamentary election.

The MP is, however, urging the court to strike out three of the five charges — forgery of passport or travel certificate, perjury and false declaration for office.

Lead counsel for Mr Quayson, Tsatsu Tsikata, made this known to the court on yesterday and further said his client had also filed an application of stay of proceedings for the Court of Appeal to put the trial on hold.

The presiding judge, Justice Mary Maame Ekue Nsenkyire, held that by law, the filling of an application for stay of proceedings at the Court of Appeal did not automatically put the trial on hold.

Consequently, she ruled that the trial would proceed and adjourned the case to June 1 for the motion to strike out the three charges to be heard and for a date for trial to be fixed.

The facts by the prosecution indicated that Mr Quayson was charged with the offences following a complaint by Richard Takyi-Mensah, a teacher, and subsequent investigations by the police.

According to the prosecution, on July 26, 2019, Mr Quayson applied for a Ghanaian passport and indicated on the application form that he did not have dual citizenship.

“The accused, at the time, held Canadian citizenship issued on October 30, 2016, but failed to declare same on the application form. The passport application of the accused person was vetted on July 29, 2019.

“Based on this false information, together with the other information provided by the accused person on the passport application form, he was issued with a Ghanaian passport on August 2, 2019,” the prosecution said.

The prosecution further explained that in October 2020, Mr Quayson picked up nomination forms from the Electoral Commission (EC) to contest the Assin North parliamentary seat but failed to indicate that he had dual citizenship.

“Mr Quayson was issued with a renunciation certificate of his Canadian citizenship on November 26, 2020, about 48 days after he had made the false statutory declaration and filed his nomination forms,” the prosecution added.