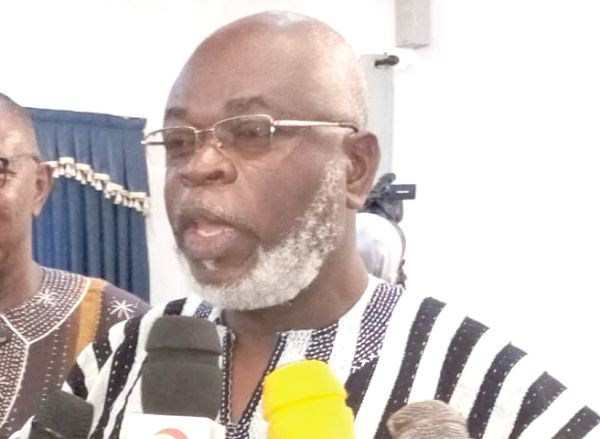 The Public Accounts Commitof Parliament last Monday began probing the alleged loss of more than GH¢75,000 to the State by eight Senior High Schools (SHSs) in the Volta and Oti regions.

The losses were as a result of alleged breach of procurement procedures in 2018.

The Chairman of the committee, Dr James Klutse Avedzi, warned that school heads and accountants found to be culpable of breaching laid-down procurement procedures would be ordered to refund the lost funds, be surcharged or recommended for immediate prosecution.

During its week-long sitting, the committee will also look at the Auditor-General’s Report on technical universities, polytechnics and the management of and utilisation of District Assemblies' Common Fund and other statutory funds, as well as accounts of district assemblies cited in the Volta and Oti regions for the year ended December 31, 2018.

The Vice-Chairman of the committee and National Democratic Congress (NDC) MP for Komenda-Edina-Eguafo Abrem (KEEA), Dr Samuel Atta Mills, told the Daily Graphic that the losses were incurred through the failure of the schools to deduct Value Added Tax (VAT) and other taxes from suppliers, rent defaults by some teachers in school bungalows, unearned salaries, unsupported payments to suppliers, unrecovered advanced payments to staff and other financial irregularities.

Among the first school heads to be cleared was the Headmistress of OLA SHS, Ho, Regina Coffie, and the school bursar, Prosper Kwaku Dogbey, after auditors vouched that the 21 teachers of the school who were initially in rent arrears of a total of GH¢10,294 had already settled their bills.

Similarly, Some SHS, Agbozume and Peki SHS were cleared of any financial wrongdoing.

Among the other SHSs expected to appear before the committee at the time of filing this report were the Dzodze-Penyi SHS, Abutia SHS and Abbor SHS.

When the Headmaster of the Nkwanta Community Senior High Technical School, Emmanuel Atiemo, faced the committee, it emerged that since October 2018 when ICT equipment valued at GH¢ 6,835 were stolen from the school’s computer laboratory, no arrest had been made by the police in connection with the case.

Mr Atiemo said the door to the computer laboratory had since been fortified.

Members of the PAC earlier paid a courtesy call on the Volta Regional Minister, Dr Archibald Yao Letsa, at his office.

Dr Letsa commended the PAC for their noble stance to protect the public purse and pledged the Volta Regional Coordinating Council's support to the committee during the sitting.