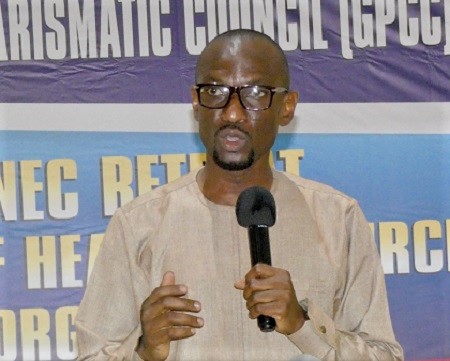 An anti-corruption group, Crusaders Against Corruption has called on the citizenry to take active role in any constitutional review.

The participation of citizens, the group said, would move the constitution from a political document to a Development Constitution.

The Chief Crusader of the group, Emmanuel Wilson Jnr who made the call, explained that politicians did not want an amendment to the constitution because of the power they enjoyed when in government.

“Till we decide that as a nation we will put pressure on them (politicians) to let us have an amendment of the constitution, the fight against corruption will be a mirage,” he said

Mr Wilson Jnr questioned why both former President John Dramani Mahama, and President Nana Addo Dankwa Akufo-Addo failed to make any effort to see to the implementation of the Constitution Review Commission’s Report after the demise of the late President Professor John Evans Atta Mills.

He said this when he delivered a lecture on the topic: “Is the fight against corruption a reality or mirage?

Mr Wilson Jnr stated that the 1992 Constitution of Ghana was a bane to the fight against corruption.

Mr Wilson Jnr said too much power was given to the executive through the President who was expected to appoint every head of state-owned institutions, including the institutions mandated to fight corruption.

“If a President or government has all the authority to appoint and ‘disappoint’ then it was expected that the appointee, especially those to institutions mandated to fight against corruption are covertly disarmed,” he said.

The Tema Regional Manager of the Ghana News Agency, Mr Francis Ameyibor, said corruption affected everyone, explaining that in one way or the other, a person could either be a giver, a taker, or a corruption victim. – GNA