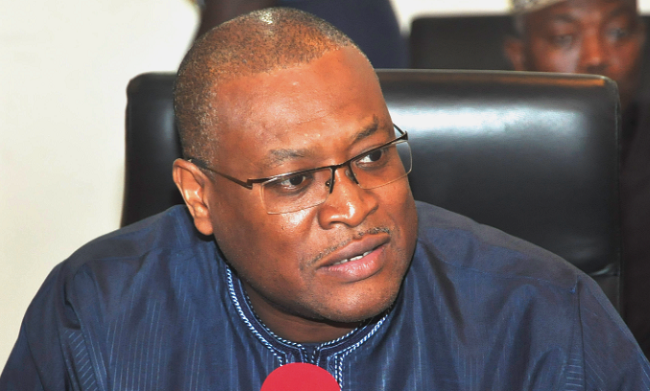 The National Delegates Congress Planning Committee of the National Democratic Congress (NDC) has made adequate security arrangements to ensure an incident-free congress on Saturday.

The committee said with the measures being put in place, it was confident of a successful congress.

The Chairman of the planning committee, Alex Segbefia, stated this in an interview with the Daily Graphic in response to the security arrangements being put in place for the Saturday congress.

The national delegates congress of the largest opposition party is to elect national executives to steer its affairs for the next four years.

Mr Sebgefia said the committee at its meeting last Monday to assess the party’s National Women and Youth Conferences held at the University of Cape Coast (UCC) last Saturday recorded some acts of violence resulting in the injury of two persons.

Following that the party has decided to put in place enhanced security measures in collaboration with the police for the congress.

He said the committee had also condemned the incident, and called for swift action by the police to bring the perpetrators to book to forestall a future occurrence.

Since the incident, the police have issued a statement to declare 16 persons wanted for their involvement in the disturbances that took place at the Women’s and Youth conferences of the NDC.

They subsequently placed a bounty of GH¢10,000.00 on the suspects and called on the public to assist the police to arrest them.

Mr Segbefia said following what happened in Cape Coast, the committee was working in collaboration with the police to tighten security at the Accra Sports Stadium, the venue for the national delegates congress, to ensure an incident-free contest.

“The police presence with regard to the congress will be such that they can handle any eventuality,” he stated.
Mr Segbefia added that “strict” accreditation processes had also been put in place to ensure that only authorised persons would gain access to the venue.

When asked about the delegates list which has been the thorny issue in internal party elections, the planning committee chairman said the party was working to put finishing touches to it so that it did not become an issue on voting day.

He entreated delegates to rally behind the party for a successful congress as a prerequisite for taking over power from the ruling New Patriotic Party in 2025 after victory in the 2024 general election.

A total of 8,964 delegates will be taking part in the National Delegates Congress to determine the fate of the aspirants contesting for the various national positions of the NDC.