Ensure election of MMDCEs before 2024 - PPP to President Akufo-Addo 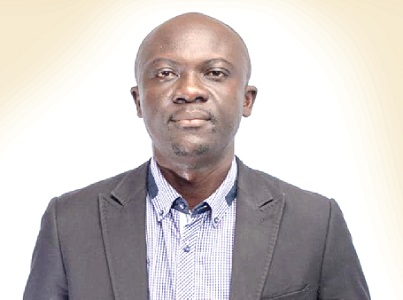 The Progressive People’s Party (PPP) has appealed to the President to revisit the issue of the election of Metropolitan, Municipal and District Chief Executives (MMDCEs) and ensure that the elections are held before the 2024 presidential and parliamentary elections.

The party said it believed that would be one of the greatest legacies the President could bequeath to the country.

Speaking to the Daily Graphic in an interview in Accra, the National Secretary of the PPP, Remy Paa Kow Edmundson, said that would give ‘real power’ back to the people to elect their leaders at the local level.

“The PPP believes in giving power to the people and we want to reiterate that citizens should be given the opportunity to elect their own MMDCEs,” he said.

Power to the people

The PPP National Secretary stressed that the elections of the MMDCEs would also ensure accountability and performance at the local level.

“All MMDCEs are appointees of the government and not elected by the people and if they are not performing the people have no power to remove them,” he said.

Mr Edmundson, therefore, called on the President to reintroduce that bill to have the elections of the MMDCEs done before the 2024 general election.

He noted that it was time for Ghanaians to break the eight-year political rule cycle by the National Democratic Congress (NDC) and the New Patriotic Party (NPP) to ensure the progress of the nation and well-being of the people.

“We believe that they (NDC and NPP) for every eight years pay lip service to the people and do not address the real critical needs of the people of Ghana,” he said.

Mr Edmundson, therefore, urged Ghanaians to take a critical look at the the matter and vote for the PPP in the 2024 general election, as it was the political party that had the welfare of the people at heart.