'Dumsor' is never coming back - Energy Ministry to Kwabena Donkor 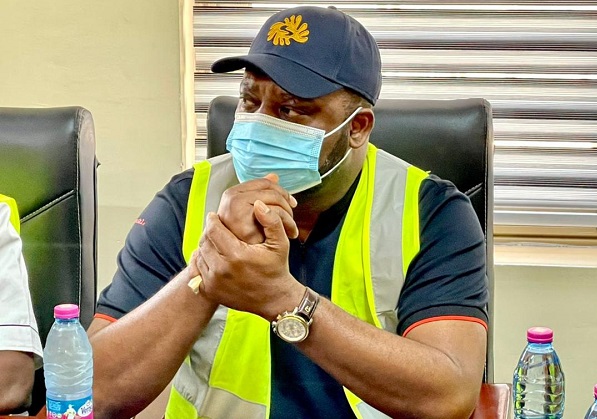 The Ministry of Energy has reacted to a recent comment by Dr. Kwabena Donkor, a former Minister of the sector, that the power outage crisis popularly referred to as "dumsor" will return if urgent steps were not taken.

In a press statement dated April 7, 2022 issued by the Public Affairs Unit of the Ministry of Energy, the Ministry said "dumsor" will never be back.

Making the claim, Dr. Donkor described as “insignificant addition to our generation capacity,” based on which he said the power outage crisis will likely re-occur.

But the Ministry has rejected “the assertion by the former Power Minister that there is a risk of returning to ‘dumsor’ by virtue of the state of generational capacity.”

“In line with our projected demand and the prudent management of the Energy sector, the Ministry of Energy is confident that there is no way that this country will go back to the dark days of ‘dumsor."

As a nation, we should take prudent steps so as to avoid the unnecessary take-or-pay contracts that are draining our coffers as a nation all in the name of adding on to our generation mix, the Public Relations Officer of the Ministry of Energy, Kwasi Obeng-Fosu stressed.

“The claim by Dr. Donkor that the NPP government has not added significantly to the energy generation capacity cannot be supported by the available facts. Government is of the view that, there must be prudent addition to the generation capacity in order not to get the country into over-capacity and its associated issues, and that the addition must be premised on projected demand.”

"As we speak, the total generation capacity added by this government is 421MW. This brings Ghana's total installed capacity to 5358.50MW, against the backdrop of current peak demand of 3,469MW which was recorded on March 18, 2022. So we are managing the situation better," he added.

Mr. Obeng-Fosu also acknowledged that due to minor works, faults and natural occurrences certain parts of the country were facing intermittent outages.