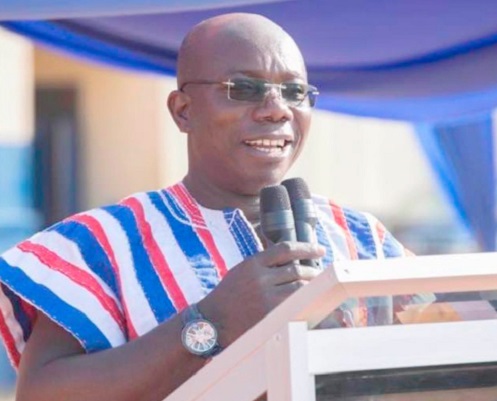 The New Patriotic Party (NPP) has urged all election committees handling the polling station and electoral area coordinators elections to ensure that no aspirant is denied nomination forms.

It said the party would not renege on its responsibilities in dealing with anyone who flouted the guidelines for the conduct of its internal elections.

The Director of Research and Elections of the NPP, Mr Evans Nimako, stated this in an interview with the Daily Graphic in response to agitations by some polling station aspirants that some of the constituency executives had locked up the party offices and were not making the forms available to the aspirants.

The NPP opened nominations for the candidates for polling station executives and electoral area coordinators last Saturday and is scheduled to be closed today(Monday). Vetting of aspirants is due for February 22 to 24, 2022 while the conduct of elections will take place from February 25 to March 5, 2022.

Mr Nimako, therefore, advised all election committee members to ensure that all aspirants had the opportunity to pick forms and file their nominations.

He also advised the aspirants to endeavour to explore internal mechanisms to resolve their grievances instead of resorting to the media.

He said the party had issued guidelines as well as code of conduct for its internal elections and would certainly ensure that every candidate had an opportunity to contest on fair grounds.

Meanwhile, Kwadwo Baffoe Donkor reports from Kumasi that the Chairman of the Kwadaso Constituency, Mr Yaw Bonna Boadi, had to seek refuge at the Suntreso Police Station last Saturday to escape the wrath of the constituents.

The constituents had besieged the house of the chairman to pick up nomination forms to contest the upcoming polling station executive elections.

Some of the applicants had also piled up at the party office awaiting the arrival of the chairman to pick their forms.

Sensing danger and a possible stampede, Mr Boadi drove to the Suntreso Police Station to seek refuge and escape the wrath of the constituents but the constituents followed him to the police station where they wanted the police to release him to distribute the forms to them.

Already, suspicions are rife that the constituency executive members were clandestinely compiling a new constituency album and would hoard the nomination forms for their favourites.

They alleged that the chairman called his favourites last Friday and made the forms available to them but was trying to deny others the opportunity to pick the forms.

In order not to be sidelined, the party members decided to ambush the party chairman to pick the forms.

According to Mr Boadi, the chairman of the Election Committee was at the time indisposed and the decision was taken to hold on to the distribution of the forms for at least a day.

He said the plan was for the committee to meet and decide on the modalities before the distribution of the forms.

Aside from that, he said, the election was a process and the distribution or picking of forms was supposed to last for three days so he wondered why the party members were rushing for the forms.