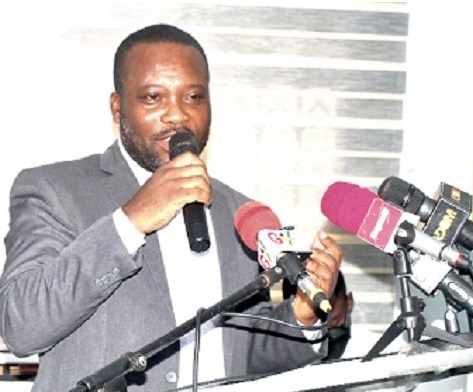 He said the use of community volunteers and the performance audit was an important top-down accountability process that provided a technical appraisal of Metropolitan, Municipal and District Assemblies (MMDAs).

He stated this when ISODEC and Care International engaged the Parliamentary Select Committee for Local Government, Decentralisation, and Rural Development on the Ghana Strengthening Accountability Mechanism (GSAM) Activity.

The GSAM is a ﬁve-year USAID-funded project seeking to improve accountability, transparency and performance at the local government level by strengthening the Government and citizens' oversight of capital development projects in 100 districts across 10 regions of Ghana.

Mr Anaba, therefore, recommended to the Select Committee on Local Government, Decentralisation and Rural Development to adopt the concept of Community Development Monitors alongside the sub-local structures in their community engagements and project monitoring activities.

He said the GSAM used both bottom-up and top-down accountability mechanisms, adding that the key interventions were CSO/Citizen Capacity Strengthening in Capital Project Monitoring, Development of Scorecards on District Assemblies' Performance, Citizen-Local Government Interfaces, Information and Advocacy Campaigns and Performance Auditing in collaboration with GAS.

He said increased citizen participation/oversight of capital projects leading to reduction in the incidence of corruption, which was 26 per cent in 2015, increased to 38 per cent in 2020.

Mr Anaba said in the project districts, improved responsiveness of MMDAs to citizen's need, which was 18.7 per cent in 2015, had increased to 54 per cent in 2020.

On lessons learnt from the GSAM Activity, Mr Anaba said many administrators at the decentralised level were motivated to respond to citizens' demands, but were mostly unable to do so because of political pressure.

On the major achievements of the project, he said the use of community scorecards was very instrumental in engendering local participation and citizens' knowledge.

He also urged assemblies to use community score-cards in community engagement on projects and service delivery engagements.

The Chief of Party, GSAM Activity, CARE International, Mr Samuel A. Boateng, said the project, which started in 2014, was expected to end in September 2022.

He said having implemented the project for the past eight years, the two NGOs felt that there were some things that required the support of the Select Committee to push into policies, laws and other things that were within their mandate.

For his part, the Chairmanof the, Parliamentary Select Committee on Local Government and Rural Development, Mr Emmauel Gyamfi, commenting on the analysis report of the Auditor-General, noted that it was too general and that there was also the need for some detailed work over the content so that one could be able to make reference to it.

The Ranking Member of the Parliamentary Select Committee on Local Government and Rural Development, Mr Edwin Nii Lantey Vanderpuye, said the GSAM Activity was a very good project, saying, "just that in Ghana as we all know, we don't seem to take some of these things too seriously".

"One fundamental principle under this that I urge you to do is to link up those behind this project with those behind the District League Table so that we can effectively see how they collaborate; because I believe that transparency and accountability should also be some of the key indicators in evaluating district assemblies," he stated.