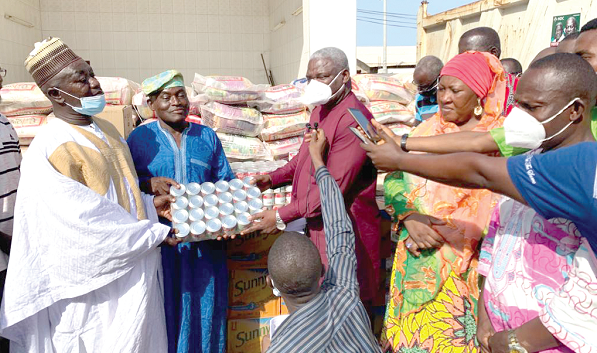 The National Democratic Congress (NDC) Member of Parliament (MP) for Ledzokuku, Benjamin Ayiku Narteh, has called for unity among the different political divide to help push the development agenda of the constituency.

He said there was a season for intense partisan politics and once that passed, there was the need to come together for development.

“The elections are over, it is time for us to forge unity and think about the development of our community,” he said, as he interacted with leaders of political parties in the constituency to mark his 100 days as MP.

Mr Narteh said he was ready to lead the drive for development, and that as a first step, had provided  more than 2,000 streetlights as part of efforts to help curb robbery and other criminal activities at night within the Teshie community.

According to the MP, parts of the community have faulty streetlights, plunging the town into darkness, a situation which aided heinous crimes.

“Today, the visibility in Teshie at night is very low. There has been reported cases of theft, phone snatching, among others. So, I am presenting a number of streetlights to be fixed in all the areas in the community.”

The MP also asked his constituents to put aside any grudges and work in unison towards the development of the area.

I urge everybody to bury their differences, let there be unity. Let’s help the assembly and all the agencies to help develop Teshie”, he stressed.

Earlier, Mr Narteh also donated some items to the Muslim communities within the constituency.

Presenting the items at a short ceremony he charged them to pray for unity, love and peace for the country.

He further appealed to the Muslim communities to train the youth to channel their energies into community development activities.

He also prayed for Allah to guard them against challenges they might face during their fasting.

Receiving the items on behalf of the residents who were present at the ceremony, the Teshie Chief Imam, Alhaji Ibrahim Yusuf Amartei, thanked the MP and his executive for the kind gesture.