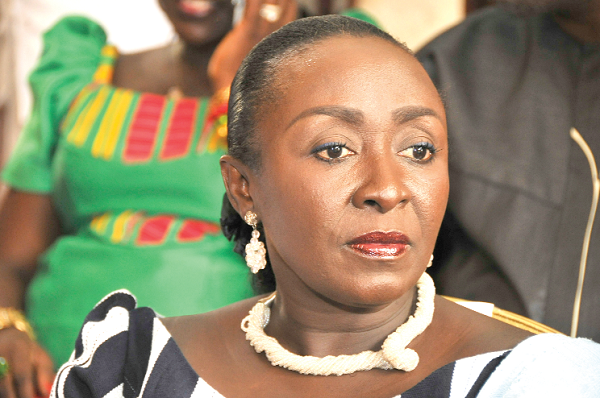 Popularly referred to as the “World Bank” of the National Democratic Congress (NDC), the Ketu South constituency in the Volta Region is home to about 200,000 people.

In the immediate past elections, the total registered voters in the constituency was over 130,000, making it one of the biggest constituencies in the country.

The main occupation of the people of Ketu South is farming and commerce, with about 80 per cent of the constituents getting their daily bread from activities at the Aflao border.

In the 2020 election, Ms Abla Gomashie made history by becoming the first female Member of Parliament (MP) to represent the people in the constituency. She polled 86,664 votes out of the total votes  of 100,617 cast to beat his closest contender, David Taihno of the New Patriotic Party(NPP), who polled 14,904.

In spite of the NDC winning the seat for eight consecutive times, none of the MPs had been a woman until 2020.

In an interview with the Daily Graphic as part of the “Constituency Watch’ series, she said although she was humbled and excited by this feat, her aim was to empower more young girls to follow her footsteps.

She said although the constituency was one of the biggest in the country, it had been denied its fair share of opportunities in the country.

“The main factory in the constituency is Diamond Cement. Apart from this, there are small entrepreneurs and small business holders, dealing with food and retail.

“The border is there and most people, like 80 per cent of them, depend on activities at the border to survive but COVID-19 has brought untold hardship to the people because the borders have been closed since March last year,” she explained.

Commenting on her plans for the constituency, she said she intended to build one big market which would run like the way “Makola” does.

“We have three vibrant markets and a few smaller ones but they all have days that they come. I want to create another market that will run like the way Makola market does so that people can trade every day,” she stated.

She said her major concern, which she intended to deal with, was the tidal waves challenge.

“This is a huge challenge for me and I will do all I can to solve it,” she said.

Ms Gomashie noted that although the constituency was blessed with abundant salt, it had not been able to benefit immensely from it due to disputes among some stakeholders.

“One thing we can benefit from is the salt industry but that has become a very thorny issue in Ketu South now and I am hoping to engage the newly sworn-in minister of lands and natural resources to see how we can solve that problem.

“There are various interest groups in the salt mining industry which have to be managed properly so that there is lasting peace and accelerated development,” she noted.

Ms Gomashie, who is a former deputy minister of tourism, also pointed out that she has an NGO, which develops the skills of the youth and, therefore, intended to now use her position as the MP to further enhance that programme.

“Apart from the things that I have been doing with my adult life, I also have an NGO which develops the skills of young people. We teach people how to make something for themselves, even if you don’t have formal education, and I will continue to push this,” she said.