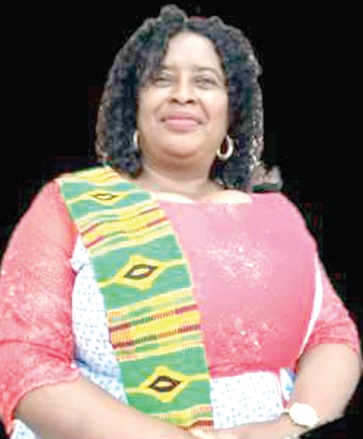 The District Chief Executive (DCE) of Biakoye in the Oti Region, Millicent Kabuki Carboo, has said the district made remarkable progress in all sectors through the goodwill and support from traditional leaders and other stakeholders.

She said although there might be challenges, it was important for the people in the district to be united even in their diversity of thoughts and ideological standpoints.

She, however, urged the people to continue to support stakeholders to achieve a lot together and promote peace and justice.

Ms Carboo, who was addressing a durbar of the chiefs and the people of the district at Worawora on the theme: "Accounting to the people; The hallmark of good governance", said the forum was in line with Article 42 of the Local Governance Act, (Act 936 of 2016) as amended by Act 940, which states: "The district assembly shall facilitate the establishment of a structure for stakeholder participation that may include town hall meetings and other avenues for the participation of the people.”

Ms Carboo said the assembly liaised with the Ghana Enterprises Agency to create a Business Advisory Centre, which was fully operationalised to boost trade and commerce, especially among residents and indigenes to provide skills training and information within the local economy.

She said there was also the renovation and construction of an additional shed at the Abotoase market to provide traders with a more conducive environment for their activities and improve revenue mobilisation.

She said the assembly distributed furniture to basic schools, encouraged and increased girl-child participation in Information, Communication and Technology (ICT) education, especially among girls at the basic levels, through a training session in Cybersecurity supported by Ghana Investment Fund for Electronic Communications and the assembly.

She said with the help of the District Security Council, the district continued to enjoy peace and urged the traditional leaders to amicably solve pockets of chieftaincy disputes in some communities.

Ms Carboo said the district was endowed with rich cultural diversity with several tourist attractions, including Konklobi Island at Adzamansu, water cascades and caves at Bowiri Aboabo and the Beachfront at Odormitor, which could be developed.

She said some major challenges to development were poor transport infrastructure, low capacity to generate revenue internally, protracted chieftaincy issues and delay in the release of statutory funds such as the District Assembly Common Fund.

The Paramount Chief of Apesokubi Traditional Area commended the DCE for the developmental projects so far under her tenure and pledged the support of the traditional authorities. —GNA