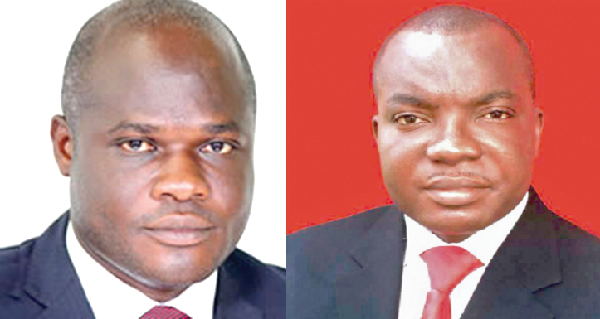 The Sunyani High Court has given parties involved in the 2020 parliamentary election suit on the Banda Constituency in the Bono Region a 14-day ultimatum to file their witness statements.

The court, presided over by Justice Gabriel Mate-Teye, also scheduled Thursday, May 20, 2021 as the next sitting for case management.

The Parliamentary Candidate for the New Patriotic Party (NPP) in last year’s general election, Mr Joe Danquah, filed the suit challenging the declaration by the Electoral Commission (EC) of Mr Ahmed Ibrahim as having been duly elected as Member of Parliament for Banda.

He is, therefore, seeking an order of the court for the EC to re-collate the votes cast during the December 7, 2020 parliamentary election in the constituency.

The respondents in the suit are Mr Ahmed Ibrahim, Member of Parliament for Banda, as the first respondent, and the EC as the second respondent.

When the case was called last Friday, neither Mr Ibrahim nor the EC nor their representatives and counsels were in court.

The court, therefore, awarded a cost of GH¢1,500.00 each against the respondents and tasked the plaintiff to serve them with proceedings of what transpired on the day.

During its previous sitting, the court had to adjourn to last Friday because there was no evidence that the plaintiff had served (proof-of-service) Mr Ibrahim with the suit.

In the suit, Mr Danquah avers that the results he obtained from the collation sheets issued by the EC to his polling/collation agents graphically revealed that the declared results by the returning officer was wrong and inaccurate.

“The returning officer erroneously assembled the results from the various polling stations and publicly declared the first Respondent as the MP-elect of the Banda Constituency, which said error is a total breach of his core mandate as enshrined under Regulation 3 of C.I 127”, the suit stated.

He attributed his assertion to what he called “widespread electoral malpractices” that substantially and materially affected the entire results declared by the EC.

“The endorsement of the wrong figures by 2nd Respondent’s officer and subsequently gazetted on the 22nd day of December 2020 has impaired the integrity of the election and vitiated the results of same.