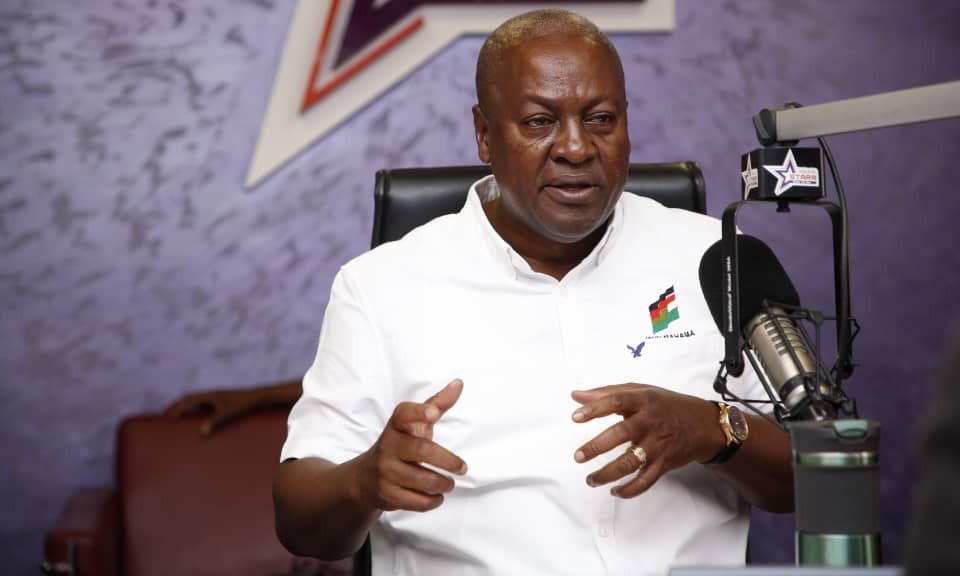 Former President John Mahama says claims by Special Prosecutor Martin Amidu that he is Government Official 1 in the airbus controversy is disappointing.

According to him, no financial benefit accrued to him as has been claimed in media reports.

In a radio interview on Accra based Starr FM Tuesday, the NDC flagbearer said the Special Prosecutor has no basis to continue with his investigation because no wrong took place.

“I’m disappointed in Martin Amidu for putting that paragraph in his report to equalize things, No financial benefit accrued to me, not a single dollar. Legally, he has not a single basis to continue with that investigation. He should show us what investigation he has done, he should tell us who he has spoken to,” Mahama said.

The Special Prosecutor Martin Amidu says he established the identity of ‘Government official 1’ in the Airbus scandal to be former President John Mahama.

According to him, the former President has not been interrogated in the matter because he is a presidential candidate of the NDC in the upcoming polls.

“This Office also has warrants of arrest issued by the Courts of Ghana, and an Interpol Red Alert Notice outstanding for execution in the case of the Republic v Samuel Adam Mahama and Others (known as the Airbus SE — Ghana Bribery Scandal involving the then Government of Ghana), not to talk of documentary evidence of suspected forgeries and deceit of a public officer by the three full-blood brothers in the corruption transaction to obtain a Ghanaian passport for Samuel Adam Mahama,” Mr Amidu said while delivering his report on the Agyapa deal.

He added: This Office has established the identity of elected Government official 1 to be former President John Dramani Mahama whose brother of the full blood is Samuel Adam Foster also known as Samuel Adam Mahama. The only reason the former President has not been invited for interrogation (in spite of all threats from some of his followers and lawyers) is the fact that he got himself an insurance as the Presidential candidate of the other largest political party in Ghana and prudence dictated that the interrogation be held in abeyance during this election season.

“The former President has also not offered to make any voluntary statement to this Office despite the publication of an alleged interview containing admissions purportedly made by the former President to a Daily Graphic reporter without the full voice recording which in the meantime remains just hearsay”.