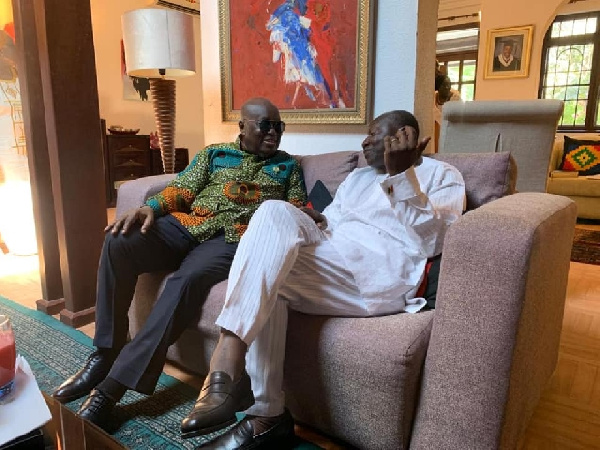 The flagbearer of the National Democratic Congress, John Dramani Mahama, has called on President Akufo-Addo to order the complete withdrawal of the Agyapa Royalties deal and dismiss the Finance Minister, Ken Ofori-Atta.

According to the former President, the damning report by the Special Prosecutor does not bode well for the Finance Minister and dents the reputation of his government if he fails to relieve him of his job.

In his corruption risk assessment of the controversial deal, Mr. Amidu argued among other things that consultations over the agreement were not comprehensive and innovative enough.

He further disclosed that the selection and appointment of advisors for the agreement did not meet the “fundamentals of probity, transparency and accountability.”

The Special Prosecutor in his report took a swipe at the various officials who took part in the processes leading to the approval of the agreement.

According to him, the actors flouted several laws with impunity prior to the approval of the agreement.

“All the parties to the Mandate Agreement are deemed to have known the law but ignored it with impunity in signing and implementing the Mandate Agreement which is null and void ab initio as violating the Public Financial Management Act, 2016 (Act 921) and the Public Procurement Authority Procurement Act, 2003 (Act 663) as amended. This conduct which appears to have been in furtherance of the suspected bid-rigging, in the assessment of this Office severely lowered the risk of corruption, and rendered them a low risk enterprise in the Agyapa Royalties Transactions process and their approval.

“It is with these new lenses that the analysis of the risk of corruption, and anti-corruption assessments of the legality of the engagement of the other services providers and underwriters on the recommendations of the Transaction Advisors acting as the Ministry of Finance’s procurement entity tender committee contrary to Part VI of the Public Procurement Act, 2003 (Act 663) as amended, and Sections 7 and 25 of the Public Financial Management Act, 2016 (Act 921) afore-quoted were made.”

Speaking in a radio interview on Accra based Starr FM Tuesday [November 3, 2020], former President Mahama said the report by Mr Amidu is not surprising since the issues raised were well known.

“The President must be even, in terms of the CHRAJ report on the PPA boss [that led to his sacking]…but he [Akufo-Addo] has been quiet on that front but that is where nepotism kicks him because we all know that the Finance Minister is his cousin.”