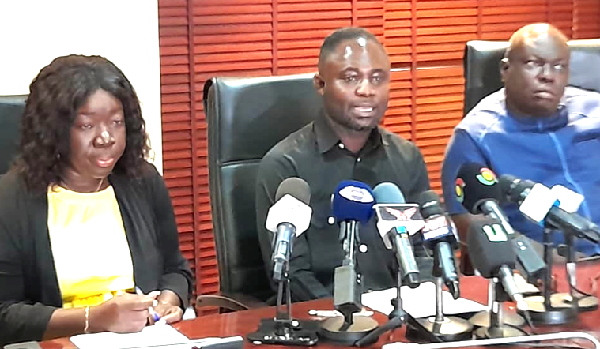 The Minority in Parliament has called on the government to, as a matter of urgency, reverse its policy directive on reserving 30 per cent of admissions to nursing training colleges (NTC) for the Ministry of Health (MoH).

It said the government must address the self-imposed bottlenecks on admissions to the colleges to allow them to run at full capacity.

Besides, it also cautioned the MoH to desist from encroaching on the internally-generated funds of colleges of health and allow them to use their funds as directed by the 2022 Budget Appropriations Act.

“Per official communications from the MoH to nursing training colleges, colleges are now restricted to admit not more than 50 per cent of their capacities,” it said.

Addressing the press in Parliament yesterday, the Ranking Member on the Health Committee, Kwabena Mintah Akandoh, asked “how can government claim to be improving access to nursing training by giving trainee allowances and on the other hand institute restrictive quotas to reduce same admissions by over 50 per cent?

“This we believe is a recipe for the unbridled corruption that has recently characterised all admissions to government institutions, be it the police service, military recruitment, teacher training schools and now nursing training colleges.

A letter dated August 2, 2022 signed by the Chief Director of the MoH, Kwabena Boadu Oku-Afari, directed NTCs across the country to reserve 30 per cent approved admission quota for the 2022/2023 academic year for the MoH, among others.

Mr Akandoh said although the government’s quotas relating to admission of nursing trainees at the various NTCs was not new to the Akufo-Addo-government, the new set of administrative directives emanating from the MoH, if left unchecked, would be disastrous and increase high attrition among health personnel.