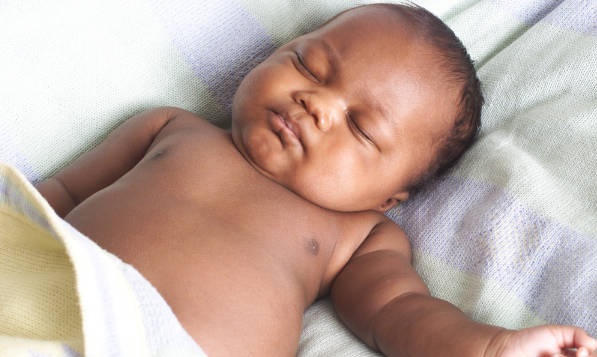 The risk applies even if parents avoid tobacco, alcohol and drugs - other factors firmly linked to cot deaths.

The BMJ Open research compared nearly 1,500 cot deaths with a control group of more than 4,500 parents.

Current guidance in the UK is that parents should decide where their baby sleeps, but says the safest option is in a crib or cot in the same room.


Many other countries, such as the US and the Netherlands, go further and say parents should not share a bed with their baby for the first three months of his or her life.

Prof Bob Carpenter, from the London School of Hygiene & Tropical Medicine, carried out the analysis and says the UK should now follow suit and "take a more definitive stance against bed-sharing for babies under three months".

The government said it had asked the public health watchdog NICE to urgently examine its guidance on co-sleeping in light of this new study.

Unicef UK is concerned that any guidance that recommends the total avoidance of bed-sharing could end up forcing parents into much riskier practices such as feeding in arm-chairs or sofas where the risk of suffocating the baby is far higher.

Others question how robust the latest analysis is.

Prof Carpenter maintains avoiding bed-sharing would save lives - by his calculations, 120 of the 300 cot deaths that occur in the UK each year.

In his analysis, one or both parents had been sleeping with their child at the time of death in a fifth of cases.

Only one in every 10 parents in the control group said they had shared a bed with their baby.

Even in very low-risk breastfed babies, where there were no risk factors for sudden infant death syndrome (SIDS) other than that they had slept in their parents' bed, 81% of cot deaths in infants under three months of age could have been prevented by not bed sharing.

Prof Carpenter says he is not suggesting that babies should be banned from being in the parents' bed for comfort and feeding.

This has been investigated in previous studies and has not been found to be a risk factor, provided the infant is returned to his or her own cot for sleep.

But he says evidence shows that babies are safest sleeping alone in their own cot in the same bedroom as their parent or carer.

Francine Bates, of the safer baby sleep charity The Lullaby Trust, said: "We recognise that some parents will choose to sleep with their babies as opposed to placing them in a cot or a Moses basket next to their bed.

"The Lullaby Trust supports parental choice but we would also urge every new mother and father to weigh up the known risks of sharing a bed with their baby and, in light of their own situation, take appropriate precautions.

"Our core message remains that the safest place for a baby to sleep for the first six months is in a crib or cot in the same room as a parent or carer."

The Royal College of Midwives offers the same advice.