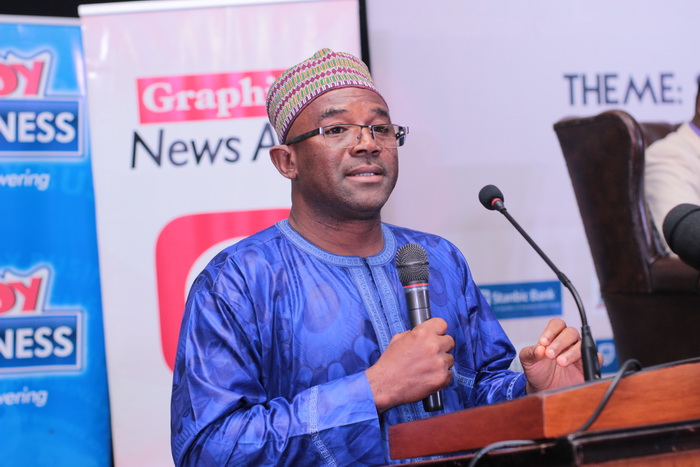 A former Deputy Minister of Food and Agriculture, Dr Yakubu Alhassan, has called on the government to take bold steps to implement drastic reforms in the land tenure system in the country with the growth of the agricultural sector of the economy in mind.

The reforms, he said, should include the creation of land banks to be conveniently released to those interested in farming.

He, therefore, solicited public support to ensure the success of such an endeavour.

Speaking on the theme for the occasion, ‘‘Securing the Economy with Agriculture,” Dr Alhassan, who was one of the principal speakers at the meeting, called for public support of the reforms and the creation of land banks, saying, “I still think that the concept of creating land banks must be a concern and of public interest and requires their support.’’

“A lot of the time, people believe that the government is to create land banks, but the land belongs to the public, so if they do not support the government in that effort, obviously it will remain a concept for a long time,” he explained.

Land use in Ghana

The call for reforms in land administration comes at a time when the country’s governments have not been bold enough to implement drastic reforms that will inure to the benefit of the larger majority of the people.

The loose nature of the land tenure system in the country has created avenues for abuse because revenue that accrues from the sale of lands by chiefs, clan heads and families are used mostly for consumption today at the expense of the future generation.

Today, large tracts of arable land, which can be used for agriculture, are being sold to real estate developers and for mining, among other uses, while the land size for farming continues to shrink.

Numerous studies point to the fact that one of the major reasons for the multiple sale of lands and the issue of land guards has to do with the quest of the people whose lands have been sold out to reclaim for other uses.

But the former deputy minister expressed optimism that the government, with the support of the public, can reverse the alarming trend and the country will be the beneficiary in the long run.

“There is no economy in the world be it industrialised, middle income, liberal or controlled that has achieved food and nutrition security, and even income security without science and technology.

Ghana should be able to do that no matter how long it takes,” Dr Alhassan said.

Dr Alhassan said the whole world had moved to a technology convergence era and, therefore,

Ghana had no option but to embrace it.

“Embracing science and technology, therefore, is a compelling imperative as a conviction for Ghana’s agriculture, since it will expose the farmers to the latest methods and techniques in plant cultivation, fertiliser use, livestock breeding, epidemic prevention, agricultural machinery, processing and storage, among other issues,” he said.

Dr Alhassan said the agricultural sector would remain a strategic one in the economy such that, to leverage the advantages using agriculture as an instrument, and scaling up in terms of quality products to increase market share.

That, he said, would trigger entrepreneurship and innovation with subsequent benefits of employment and wealth creation.

Dr Alhassan said the nation had done enough advocacies and, therefore, should transition into real action to deliver tangibles.

“There is no point discussing tangibles without acting to deliver those tangibles and that is where I believe all of us must see the sector going forward in that line,” he said.

Kareweh, said production was a function of markets and, therefore, the country needed to know the target of production under the government’s ‘Planting for Food and Jobs’ (PfFJ) programme.

He added that programmes were being implemented in an unbridled liberalised economic era hence the need for what he described as real consultation with credible and critical stakeholders.

“Every policy should be anchored on a strong historical perspective and we should also develop policies from the right of the people and the duty of the government basis,” he said.