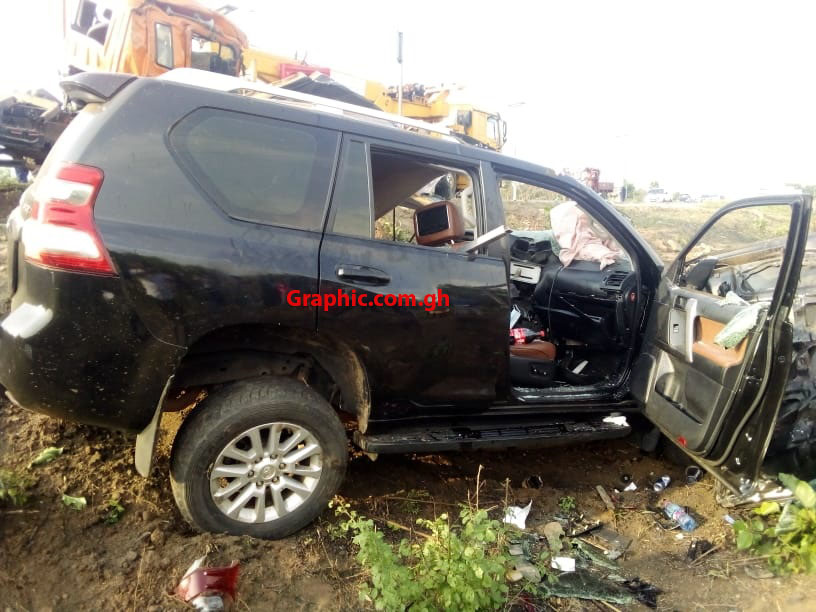 Three people died in a road accident which occurred at Gomoa Okyereko Junction on the Accra-Cape Coast highway Friday evening.

The three, all foreign nationals were occupants of a Toyota Lancruiser Prado with registration number GN 3966-17 which was travelling from Cape Coast to Accra.

The other vehicle involved in the accident was a fully loaded truck with registration number GN 751-20 which was from Accra towards Cape Coast.

According to eye witnesses, the truck veered off its lane and collided head-on with the Prado.

The accident happened a few metres away from the main Okyereko Bridge around 5pm.

The Prado, according to the eyewitnesses summersaulted several times before landing on the other side of its lane.

The deceased, a male who was the driver and two females, whose identities and nationalities are yet to be ascertained died on the spot.

Their remains have been deposited at the morgue of the Trauma and Specialist Hospital in Winneba.

The driver of the truck together with his mate whose identities are not readily available also sustained injuries and receiving treatment at same hospital in Winneba.

The station officer at the Ghana National Fire Service (GNFS) in Winneba, Mr Hackman Afful, told the media with support from some personnel of the Ghana Police Service, they managed to clear the road to ensure free flow of traffic on that stretch of the road.

He noted that preliminary information gathered from eye witnesses indicated that when the truck realised it had developed a fault, the driver started tooting his horn to ward off vehicles approaching from the opposite direction but the driver of the Prado did not notice it which resulted in the head on collision.