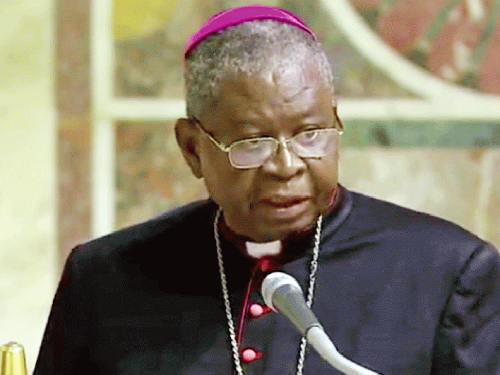 The Ghana Catholic Bishops' Conference, GCBC, has called on President Nana Addo Dankwa Akufo-Addo to close down the Lesbian, Gay, Bisexual Transgender and Queer Intersex Rights (LGBTQI) office which was opened in Ghana in late January 2021.

In a press statement dated February 19, 2021, signed and issued by the President of the GCBC, Most Reverend Philip K. Naameh, the GCBC said the existence of the LGBTQI agenda is a “complete disorder of the fundamental law of God in creating man and woman” hence the need for it to be shut down.

The GCBC emphasized that the Catholic Church would only continue to recognize marriages between a man and a woman.

The group also urged the Executive and Legislature never to be “cowed down or to succumb to the pressure to legalize the rights of LGBTQIs in Ghana.”

Below is a copy of the statement: