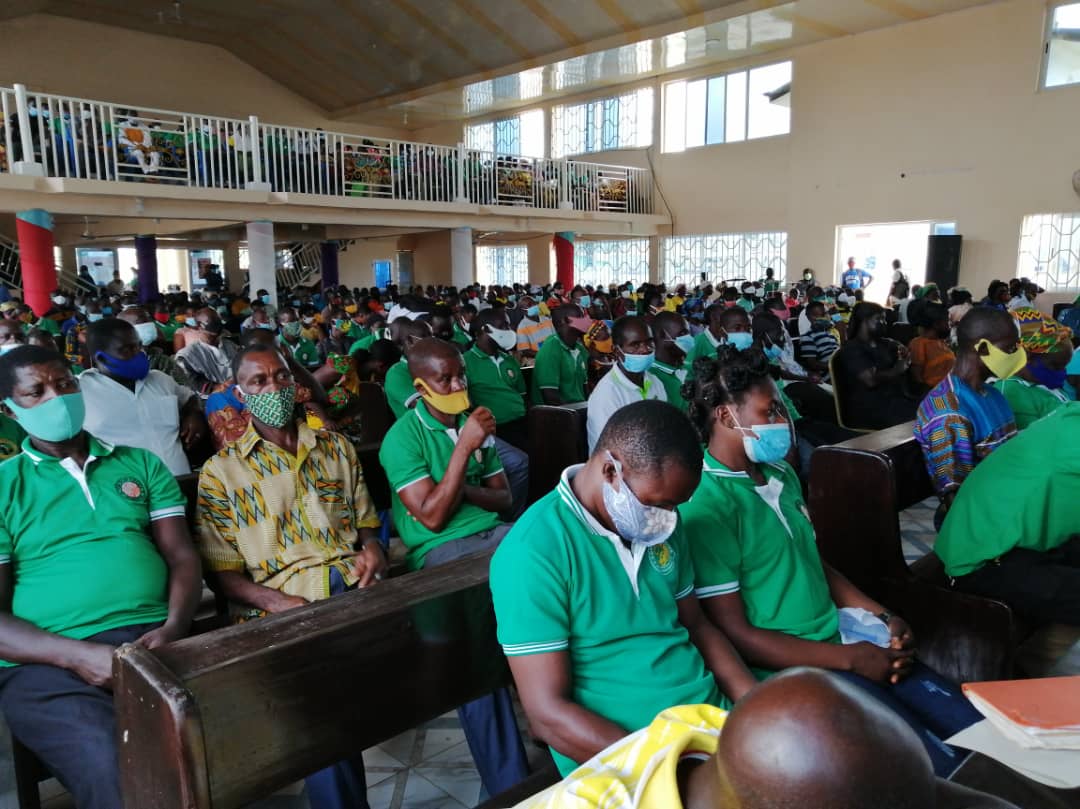 The Ghana Cocoa Board has advised cocoa farmers to always report signs of the swollen shoot disease on their farms to the COCOBOD for appropriate action to be taken.

Withholding such information would defeat efforts by the government to eradicate the disease completely from the country’s cocoa sector, the company said.

The Akyem Oda District Cocoa Officer, Mr Michael Gyasi, who gave the advice at a COCOBOD farmers’ rally at Akyem Abenase in the Eastern Region, said the company had instituted realistic measures to eradicate the disease from the country, and urged farmers whose crops were affected by the disease to report to the nearest COCOBOD district office for assistance.

The meeting was attended by more than 700 cocoa farmers.

Mr Gyasi assured the farmers that they would not lose anything for such reports because aside from paying GH¢1,000 to a farmer for every three hectares of diseased cocoa trees cut down, COCOBOD would also replant the destroyed farms with hybrid cocoa seedlings and manage them for two years free of charge before handing them over to the farmers.

He added that the company would also plant plantain suckers on the affected farms for harvesting by beneficiary farmers.

Mr Gyasi further said that COCOBOD would soon embark on a mass pruning exercise not only to reduce the outbreak of cocoa diseases, including pest infestation, but also enhance productivity.

In addition, COCOBOD would supply liquid fertilisers and spraying machines to farmers through cooperative societies.

He, however, warned that any farmer caught diverting or selling farm inputs would be made to face the full rigours of the law.

Mr Gyasi also educated the farmers on the negative effects of COVID-19 and urged them to observe the safety protocols to protect them against contracting the virus.

The District Extension Coordinator of COCOBOD, Mr Francis Eluwekeh, urged the farmers to refrain from engaging children on their farms which he said deprived them of education and also affected their health and progress.

He enjoined them not to allow children to spray on their cocoa farms, prune trees, carry heavy load or use inappropriate tools such as sharp machetes.

In order to sustain the environment, Mr Eluwekeh advised farmers to use COCOBOD approved agrochemicals on their farms, and cautioned them to always apply the recommended dosage of the chemicals.

He also urged them to regularly use the services of agriculture extension agents since they were solely recruited by COCOBOD to assist them.