Telcos align with govt's 'no need to pay 9% CST upfront' 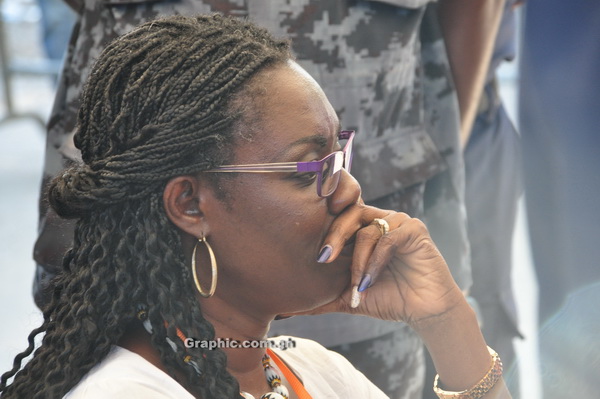 Mobile telephony subscribers will no longer need to pay the nine per cent Call Service Tax (CST) upfront but rather through a tariff adjustment.

This means that the telcos will adjust their systems for their customers to pay as they consume (per-second billing).

The changes, the Ghana Chamber of Telecommunication said would take effect by November 26, 2019, as the industry required a number of weeks to complete the reconfiguration of the systems to accommodate the commercial and technical requirement that the exercise necessitates ensuring an even and smooth experience for customers.

A statement signed and issued by the Chief Executive Officer of the Ghana Chamber of Telecommunications, Mr Kenneth Ashigbey said the decision followed fruitful discussions between government and industry players.

That, notwithstanding, the statement said the GRA would still calculate and account for the CST as an upfront charge.

The telcos started charging customers the revised CST from October 1, 2019, after the Minister of Finance, Mr Ken Ofori-Attah, announced an increment in the tax from six to nine per cent in the Supplementary Budget.

The Finance Minister in justifying the increment said it was aimed at creating a viable technology ecosystem to among other things identify and combat cybercrime.

But the increment stoked public anger when the telcos started deducting the tariff upfront the moment a customer loads airtime without even making a call.

In response to the public rage, the Minister of Communication, Mrs Ursula Owusu Ekuful directed the telcos to stop the upfront deduction but it did not happen.

However, the statement said there had been several discussions on the implementation of the CST.

“The members of the Ghana Chamber of Telecommunications will like to reassure its customers that we have acted in good faith considering our intentions to engage all relevant agencies following the passage of the CST Amendment Law. The mobile industry considers the upfront deductions legal and implemented the current CST based on alignment with how the Ghana Revenue Authority (GRA) calculates and charges the CST.

“However, we understand stakeholders’ concerns and have aligned on the current agreement to implement a price increase to pass on the tax instead of upfront deductions. It is worth noting, that despite this arrangement to stop upfront deductions, GRA will still calculate and account for the CST as an upfront charge,” it said.

The statement expressed appreciation to mobile users for their patience and continued patronage of our services over the past several weeks following the CST amendment implementation.

“During the transition period from upfront payments to the pass through the payment of the CST through a tariff increase, our members have resolved to give extra value to reward customers for their loyalty. Subsequently, mobile operators will notify their customers individually in the ensuing days,” it said.

It commended the government for the “recent dialogues and we encourage such dialogues prior to the amendment or passage of any laws that require significant changes and upgrades to our systems to enable us to coordinate effectively for the benefit of all stakeholders within the ecosystem.”

The Communication Service Tax (CST) was introduced in 2008 at an ad valorem rate of six per cent. The tax is levied on charges payable by consumers for the use of communication services.

Read also: Unused mobile data should not expire and must roll over – Ursula to telcos