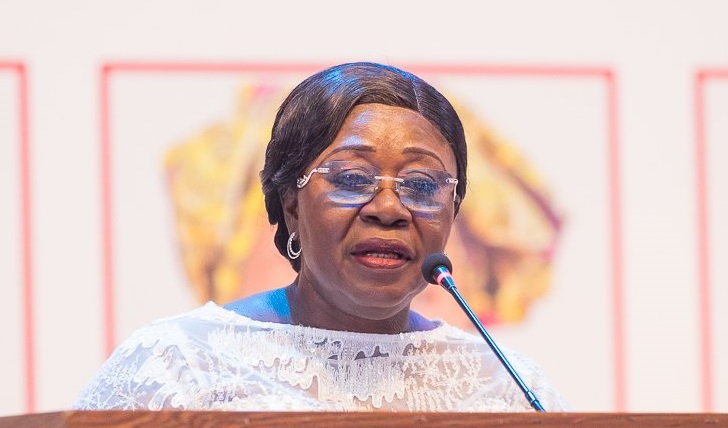 The Chief of Staff, Akosua Frema Osei-Opare, has charged Specified Entities (SEOs) to collaborate with the State Interests and Governance Authority (SIGA), and the Office of the Auditor-General to urgently clear the backlog of unaudited accounts by the end of the year.

She said SEs must prioritise the preparation of management and audited accounts to help reduce infractions cited in the annual Auditor-General’s reports.

Specified Entities are state-owned enterprises, joint venture companies and other state entities in which the state has interest, wholly or partly.

Mrs Osei-Opare was speaking at a meeting in Accra yesterday where the management of SIGA presented a report of investigations into infractions by SEs cited in the 2021 Auditor-General’s report to her for onward submission to the President, Nana Addo Dankwa Akufo-Addo.

“As we are aware, the problem of non-compliance with financial reporting requirements is a historical one which has plagued the public sector for many years,” she said.

At the meeting were the CEO of the Public Procurement Authority (PPA), Frank Mante, and the Deputy Auditor-General, Godfred Addison.

Mrs Osei-Opare said the Auditor-General's report on the accounts of public boards, corporations and other statutory institutions for the fiscal year ended 31 December 2021, highlighted operational and financial irregularities caused by SEs’ failure to adhere to controls in 2021.

As a result, she said, the President charged SIGA and the Auditor-General’s Department to investigate the causes of infractions cited in the 2021 Audit Report, identify persons responsible and make recommendations as prescribed by law.

“The final report as presented today shows the commitment of the technical committee, and I commend you all for expeditiously undertaking this assignment,” the Chief of Staff said.

According to her, the government was committed to finding lasting solutions to issues of non-compliance with financial reporting requirements.

She also tasked the SEs to prepare management responses to audit queries and red flags raised by auditors, and keep an updated Asset Register and land title registrations at all times.

“I am confident that with effective collaboration, the implementation of these recommendations will see the public sector assume its envisioned role as a bedrock of the nation's economy,” the Chief of Staff said.

The Minister of Public Enterprises, Joseph Cudjoe, also called for commitment in the implementation of the recommendations in the report.

He said his outfit and SIGA had agreed on possible sanctions for entities that refused to implement the recommendations.

According to Mr Cudjoe, most of the infractions cited in the Auditor-General’s report had to do with non-compliance rather than corruption.

For his part, the Director-General of SIGA, Edward Boateng, said SEs were expected to implement the recommendations of the report to contribute to the nation’s Gross Domestic Product.

He said SIGA planned to collaborate with SEs to embark on an asset registration and valuation exercise this year to ensure that entities had ownership of assets to leverage for growth.