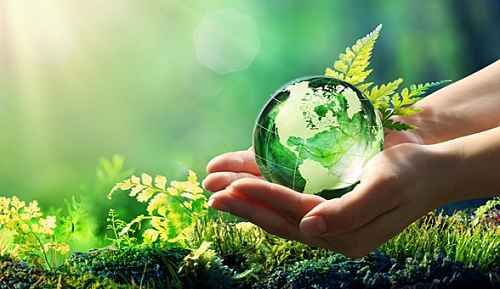 A project aimed at empowering faith-based leaders and their members to understand the need to protect and care for the environment has been launched.

Dubbed “Creation Care Theological Education Programme,” it is targeted at providing support and creating awareness to enhance the knowledge of creation care studies and its practice in an African context among religious leaders and their followers.

Spearheaded by A Rocha Ghana, an environmental not-for-profit organisation — in partnership with Akrofi-Christaller Institute of Theology, Mission and Culture — the programme will also work to instill positive habits of caring for creation in faith-based organisations, known to make up one of the largest social networks in the country.

The programme also seeks to provide support for and create awareness of the importance of creation care in the faith-based institutions, while giving members the opportunity to learn about issues and actions that impact the environment and public health.

Addressing the launch at Akropong in the Eastern Region, the Director of A Rocha Ghana, Dr Seth Appiah-Kubi, explained that creation care was part of faith culture, and that Christians and religious people should be grounded on the care and sustenance of creation.

He said it was also to demonstrate the need to create a sustainable environment by taking on practical interventions that saved important ecosystems, ecological places and species that enabled them to thrive.


Dr Appiah-Kubi indicated that the initiative would take on activities such as certificate courses to educate religious leaders extensively on the need to care for the environment, as well as campaigns, public lectures, symposiums, among others, to sound the trumpet on creation care.

He, however, encouraged the churches and religious leaders to spare time to build the capacity of their members on the importance of the earth to the current and future generations.

The Rector of the Akrofi-Christaller Institute of Theology, Mission and Culture, Prof. B. Y. Quarshie, indicated that even though sub-Saharan Africa experienced economic challenges, the destruction of the earth was fast taking up the space of the challenges.

He noted that there was a need to adequately manage the earth and its resources for the future generation and reduce the impact of what now faced humanity through inappropriate activities.

Prof. Quarshie said he was positive that the partnership would pursue the sustenance of God’s creation and educate the members on the right way to treat the world, as he called on various religious institutions to come on board to save the world.

A former Presiding Bishop of the Methodist Church Ghana, Dr Robert Aboagye-Mensah, stated that it was time the church and its leaders recognised their role as stewards of God’s creation.

He said there was a need to recognise that the church had a part to play, but questioned: “have we really understood our role as stewards of what God has entrusted us to do?”

He noted that in the quest for money and material things, humans had done anything just to satisfy their lust for money at the detriment of the earth without thinking of the future.

Dr Aboagye-Mensah, however, called on the church to involve themselves in the transformation to respond to the challenge to manage and take care of the environment.