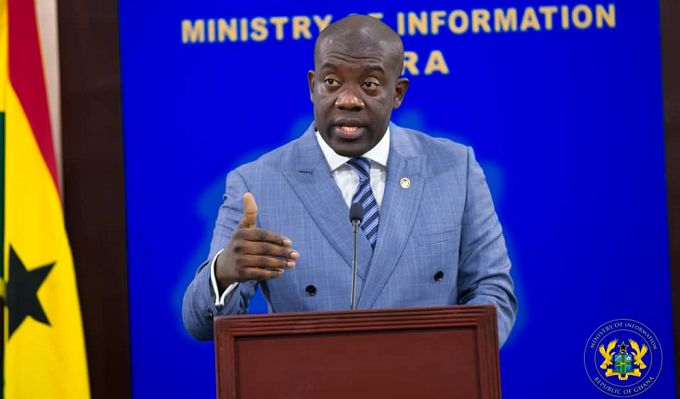 The Minister of Information, Kojo Oppong Nkrumah has said the suspension of the Power Distribution Services (PDS) concession agreement will not affect employees in terms of jobs and salaries.

According to him, government has engaged management of PDS on the status of employees, and that a conclusion would be brought on the matter by close of week.

“[We have had discussions about] the status of the workers during this period of the inquiry. My understanding is that a conclusion will be brought to the matter during this week that we have entered but the important thing is that salaries and jobs will not be hampered,” he said.

Mr Oppong Nkrumah made this known in an interview on Accra-based Citi FM following concerns raised by the Public Utilities Workers Union (PUWU) on the matter.

General Secretary of the PUWU, Michael Adumatta Nyantakyi had told Citi FM that the ongoing fracas has left workers confused.

“There is a lot of anxiety, apprehension, and confusion. Workers keep asking; where do we belong? Are we staff of PDS, are we staff of ECG? We just moved from ECG to PDS, now government says PDS contract has been suspended and ECG will take over,” he said

“With those arrangements so far, there has not been any clear cut pronouncement and it is creating anxiety among workers. Now with all these accounts frozen by the IFC, we are yet to find out which modalities they are going to put in place to make sure staff get their salaries and also on time,” he added.

Government last Tuesday announced the suspension of the concession agreement, explaining that the decision followed the “detection of fundamental and material breaches of PDS’s obligation in the provision of Payment Securities (Demand Guarantees) for the transaction which were discovered upon further due diligence”.

“The demand guarantees were key prerequisites for the lease of assets on March 1, 2019 to secure the assets that were transferred to the concessionaire,” a statement issued by the Ministry of Information said.

ECG takes over from PDS

Following the suspension, the Energy Commission announced the appointment of the Electricity Company of Ghana (ECG) as the interim operator to take charge of the management and operation of electricity sales in the country.

The Commission in a statement said the decision is based on the impairment of validity of PDS’s licences due to its Demand Guarantees being declared null and void among other new developments concerning PDS’ take over of electricity sales in Ghana.

Ghana signed an agreement with the US government for the release of $498 million to support the transformation of Ghana’s power sector and stimulate private investment.

Per the MCC agreement, the second tranche, amounting to $190 million, will be released after Ghana meets requirements to access the fund.