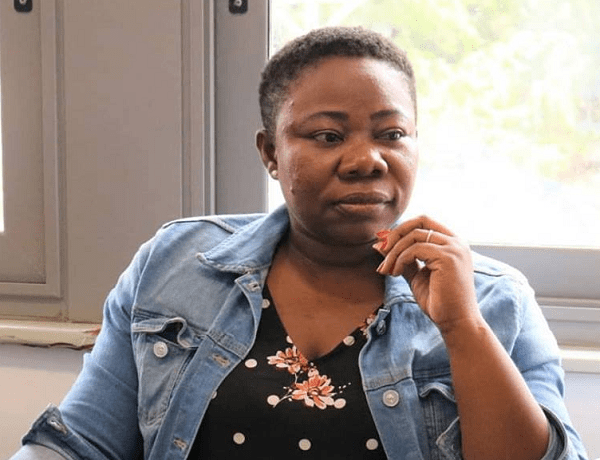 The Graphic Communications Group Ltd (GCGL) has condemned the alleged manhandling of its reporter, Ms Della Russell Ocloo, who was performing her legitimate duty at the Glorious Wave International Church last Sunday.

The media giant expressed disappointed at the way both the leadership of the church and the police at the Sakumono Police Station treated its reporter who was in the church to perform her normal duties.

“The GCGL condemns the treatment of its reporter who was performing her legitimate duty and calls on the police to investigate the matter and sanction those who are found to have acted unprofessionally in the matter,” a statement issued by the company and signed by its Director, News, Mrs Mavis Kitcher, said.

It was heartrending that members of a church would treat someone that way when in the Ghanaian culture a person who was seeking refuge from danger or harm would often go to a church for protection, the statement said.

Ms Ocloo, a Tema correspondent of the GCGL, was reportedly manhandled last Sunday by some members of the congregation of the church and later when the police got to the scene, they did no better, but struggled with the unarmed woman to collect her phone from her, ostensibly to get her to delete a recording of activities of the church as part of her report.

This was after a group of women had demonstrated on the premises of the church to protest against Pastor Badu Kobi, the founder, who had earlier made remarks that have been considered ethnocentric stereotyping of Ashanti, Fante and Ewe women.

“The Graphic Communications Group Limited is utterly disappointed at the way both the leadership of the Glorious Wave Church and some policemen at the Sakumono Police Station treated a harmless journalist, who was simply performing her duty of seeking information on a matter of public interest.

“It is, therefore, surprising that some members of the Glorious Wave congregation, including women, were so heartless in their treatment of someone they should have warmly welcomed for trying to get to the bottom of a matter involving their church,” the statement said.

“We, however, commend the police who swiftly intervened and ensured the release of Ms Russel Ocloo when they learnt of the incident, and hope that the police and journalists would work together for peace and tranquillity,” the statement added.

The company strongly urged the Ghana Pentecostal Council to call the leaders of the Glorious Wave Church to order and ensure that their sermons brought about cohesion and not divide citizens of the different ethnic groups in the country.

“Churches must uphold the tenets of Christianity which include love, long suffering, unity and forgiveness instead of sowing seeds of discord among members of society,” the statement stressed.

“The GCGL humbly requests all members of the public to understand and appreciate the work of journalists and desist from hindering them from pursuing their legitimate duties which are prime in informing citizens for progress and development,” it said.

The company also expressed concern about the many attacks on journalists and called for the law to take its course for the perpetrators of injustices against others to suffer for their actions to deter others from doing likewise.

The Tema Regional branch of the Ghana Journalists Association (GJA) has also condemned the alleged attack on Ms Ocloo and questioned the role of the police in the entire narrative.

A statement issued in Tema by the Regional Chairman of the Association, Mr Dominic Hlordzi, called for a full investigation into the case.
It said the GJA received with pain another attack on a journalist who was on her constitutionally permitted duty in the interest of the nation.

"We consider the attempt by the church members to attack her reprehensible and (an) uncivilised way of addressing such a case in a democratic dispensation.

Mob injustice has been a grave cancer wreaking havoc on innocent lives and so for members of a church professing to be worshippers of a merciful and forgiving God to engage in an act as narrated by the journalist can at best be described as unChristian, ungodly and an affront to the holy word of God," the statement said.