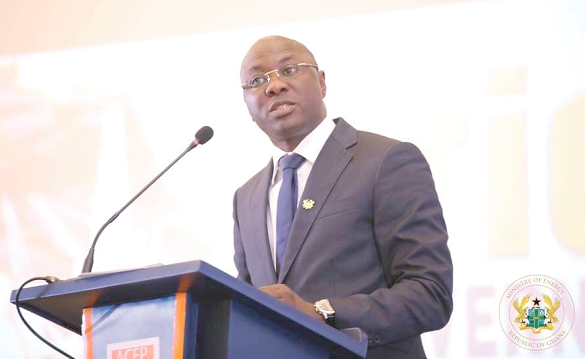 He said beyond saving the population and the environment of the negative effects of carbon emissions, the measure was needed to ensure that the country aligned itself with the global shift towards the consumption of more renewable energy.

Dr Adam, who is also the NPP Member of Parliament (MP) for Karaga in the Northern Region, told the Daily Graphic in an interview that practical steps were needed to move energy consumption to renewable “before our economy is taken over by events”.

“A comprehensive national policy for the transition of our energy consumption to low carbon technologies in all sectors of our economy has become urgent,” he said.

The energy economist said such a policy would require national consensus, “particularly on issues such as electricity generation options, transportation systems, industrial configuration, the adjustment cost of the transition, attitudinal change, and how to mobilise resources to achieve a comprehensive transition”.

Dr Adam was speaking in an interview after a panel discussion of a report on energy transitions.

The report, titled “Risky bet: National oil companies (NOC) in the energy transition”, discussed the risks that a shift in energy consumption from fossil fuel to renewables posed to NOCs, which produce about half of the world’s oil and gas.

It was prepared by the Natural Resources Governance Institute (NRGI).

Dr Adam said although the transition was bound to be difficult, it was necessary in the wider interest of the country and must, therefore, be pursued, given the impact on national revenues and cost to businesses and individuals.

Citing data from the United States’ Energy Information Administration, the energy economist said global renewable energy consumption was projected to grow by 3.1 per cent per year between 2018 and 2050 against 1.1 per cent for natural gas, 0.6 per cent for petroleum and other liquids, and 0.4 per cent for coal.

“This means that the world is moving towards cleaner energy. We in Ghana must develop a net zero carbon policy as the target of the Paris Agreement on climate change of reducing global warming to 1.5 degrees Celsius or two degrees Celsius beacons,” he said.

The former deputy minister said in the transition to renewable energy, the country would be faced with “difficult but necessary decisions”, and cited revenue substitution as one of the measures that could be adopted.

“We also have to begin decarbonisation of our technologies, including equipment and machinery used in our factories, hospitals, farms and transportation systems. These will require substantial financial resources that are limited in the developing world, including ours,” he said.

Dr Adam said although the country had made significant strides in the area, including transitioning from light crude oil to natural gas for electricity generation, more needed to be done to increase consumption.

“The bulk of our electricity generation also comes from renewable hydro sources but more needs to be done to decarbonise our economy further.

“We currently have surplus natural gas, which is a transition fuel but low level of consumption leaves our country counting the cost of environmental pollution arising from gas flaring and overcapacity payments for unutilised gas,” Dr Adam said.

“We must make efforts to maximise the use of indigenous and imported gas for electricity generation and industrial heating. The need to promote the use of compressed gas in transportation vehicles is equally important,” he added.

The NPP MP said beyond promoting consumption, the country must also guarantee long-term security of gas supply and renewable energy.

To that end, he said, it was heart-warming that the first natural gas import facility in Ghana had been constructed to provide alternative to pipeline transportation of gas to the shores to complement indigenous sources.

Dr Adam underscored the need to use new strategies to reduce the consumption of fossil fuels, stating that previous measures had proven ineffective.

“For example, carbon taxes have not been successful as fuel consumers have not changed their attitudes. The impact of mass transportation systems on fossil fuel consumption has been limited as urban transportation infrastructure such as railways do not exist, while the growth of the middle class is fuelling preference for use of smaller vehicles,” he said.