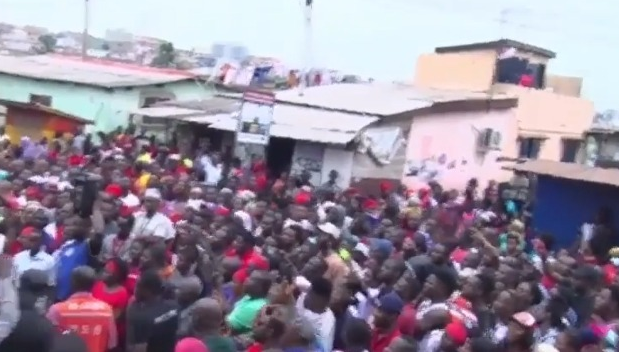 Some residents living in the Maamobi market area in Accra this morning hit the streets to protest against the Ayawaso North Municipal Assembly’s plan to evict them from the market area "without compensation".

The affected residents are on a state land.

The government over the years has attempted to demolish the illegal structures on the land to pave the way for the construction of a market complex but has not been able to do it.

The Ayawaso North Municipal Assembly has decided to demolish the illegal structures on August 28.

The residents however say the notice for the eviction is short, hence the protest.