Abdul Inusah: I am innocent and still fighting US fraud conviction 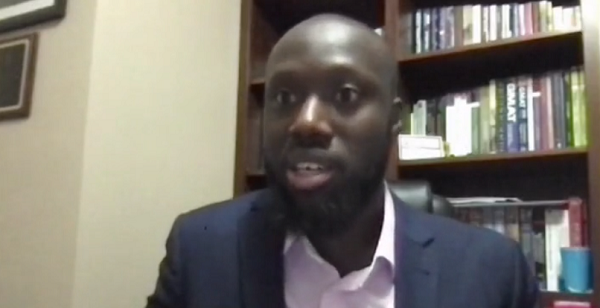 Abdul Inusah says he intends to appeal a United States (US) federal jury conviction for his role in a fraud and money laundering scheme that defrauded individuals in multiple states through the use of false online personas.

According to him, he remains a free man and he intends to appeal the verdict of the jury ahead of his sentencing date on November 21, 2022. He is facing a maximum penalty of 50 years in prison.

Mr Inusah said he was offered a plea deal to serve six months by the US Justice Department but refused it and went ahead with the three-day jury trial this month because of his innocence.

"A jury came out with somewhat of a verdict, pronouncing me not guilty for three to four charges on those counts and they thought I was guilty of four other counts," he said in an interview on Accra-based Asaase Radio.

"So, from there the Justice Department came out with a communique talking about what happened in trial and it was from those communications that Ghanaian media would have fetched their news from.

"But as to conviction or jail sentence or time, there is nothing of that sort because there is still a chance for me to talk to the government as to whether I still want to pursue the case from a different angle or just having a man-to-man talk with them with respect to giving them some information for a lesser sentence or whatever i decide to do with the case... Me and my lawyers, we are still continuing it because we strongly believe that I am innocent and this is just one of these prejudice cases that they must find a conviction at all costs in this case".

Apologising to his family and friends over media reports and commentary over the case, an optimistic Inusah stressed that he was innocent and would soon be a free man.

“My utmost worry right now is not fighting my case or proving my innocence to the Ghanaian public,” Inusah said.

“My very utmost problem right now will be my family and friends who have been affected by these half truth publications, with utmost respect because I don’t want to discredit anybody’s work.”

“But these are half truths, and people’s lives in Ghana are being affected, especially my family and love ones, and I would like to apologise to them that they should take heart, and keep having faith that their brother and son is innocent and will soon be a free man and we will rejoice and jubilate with the people of Ghana.”

Per a US Justice Department statement, evidence at trial revealed that Inusah was part of a conspiracy that targeted victims using false personas via email, text messaging, and online dating and social media websites.

From at least January 2018 through at least December 2019, the scheme sought to induce victims into believing they were in a romantic relationship, friendship, or business relationship with the various false personas.

The victims were persuaded to send money for a variety of false and fraudulent reasons for the benefit of the false personas, a press release posted on the website of the U.S. Attorney’s Office for the Southern District of West Virginia said.

It said one false persona, “Miarama,” was used to induce an Alabama resident into providing $106,000 via wire transfers and cashier’s checks.

The amount included $48,000 to pay overdue taxes on a nonexistent gold inheritance in Ghana and $21,000 wired to Bitsav Supply LLC, a shell company set up by Inusah.

Another false persona, “Grace,” persuaded a Washington resident to wire funds so “Grace” could maintain her South African cocoa plantation and move to the United States to marry the victim. Other victims of the false personas included residents of Ohio and Florida, the press release added.

The wire fraud counts involve a pair of $2,000 Zelle wire transfers to Inusah from the money obtained using the “Miarama” false persona in January 2019.

“It is truly heartbreaking how this conspiracy exploited individuals who were particularly vulnerable, such as following the death of a longtime spouse,” said United States Attorney Will Thompson.

“Some of the victims did not recognize themselves as victims, and continued to believe these false personas were real and that they were in actual relationships. I commend the investigative work of the United States Secret Service, the United States Postal Inspection Service, the Federal Deposit Insurance Corporation-Office of Inspector General (FDIC-OIG), the West Virginia State Police and the South Charleston Police Department. I also commend Assistant United States Attorneys Kathleen Robeson and R. Gregory McVey and our trial team for trying this complex fraud case before the jury,” Thompson added.