Twelve (12) persons have been arrested by the North-East Regional Police Command in connection with the clash between Gbalo and Sagon communities in the Chereponi district.

A press statement signed by the Director of Police Public Affairs, Chief Superintendent Grace Ansah-Akrofi said the suspects will be arraigned today (August 25, 2022), to face justice.

There was a disagreement over farmland leading to the destruction of properties in the enclave.

The clashes which happened about a month ago led to the burning down of sixteen (16) houses and the killing of some livestock.

Many feared the incident could lead to tribal conflict like in 2019 when several lives were lost in a similar incident.

However, the timely intervention of the Police led to the saving of lives and restoration of calm in the affected communities. 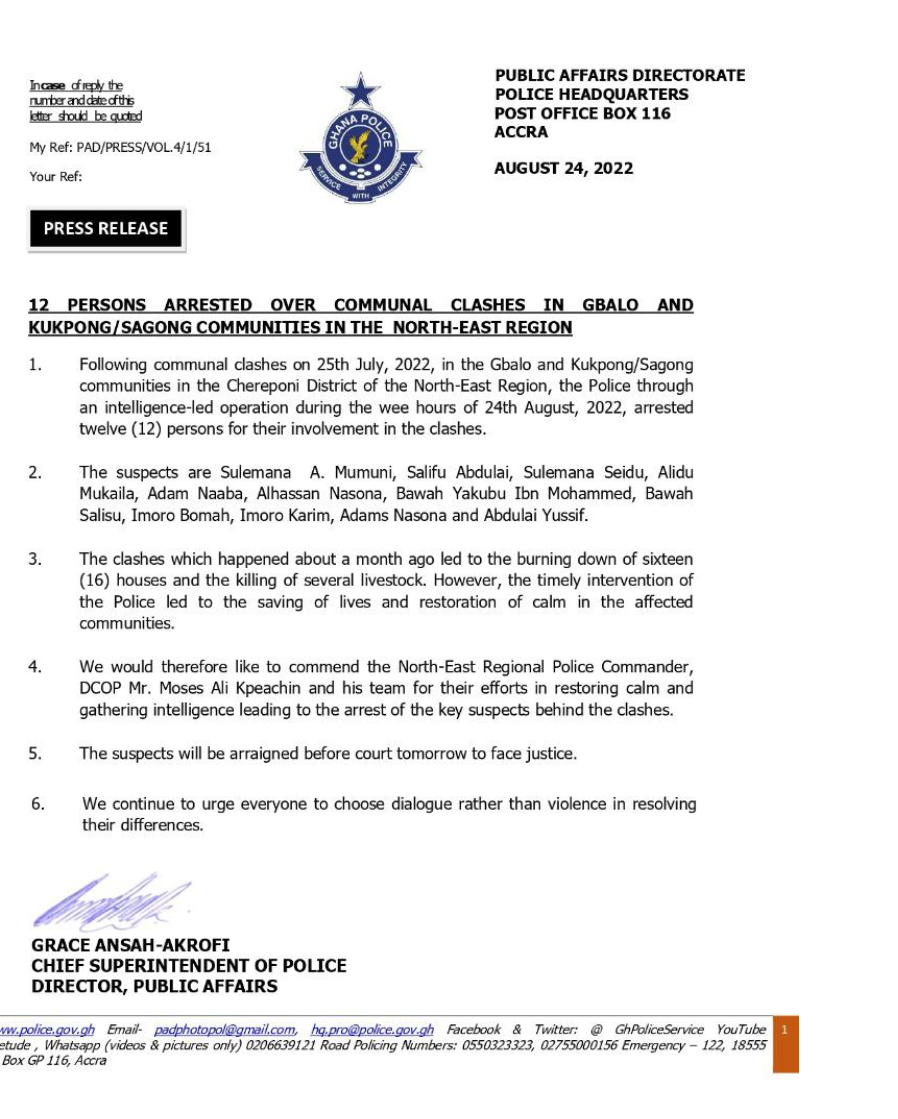