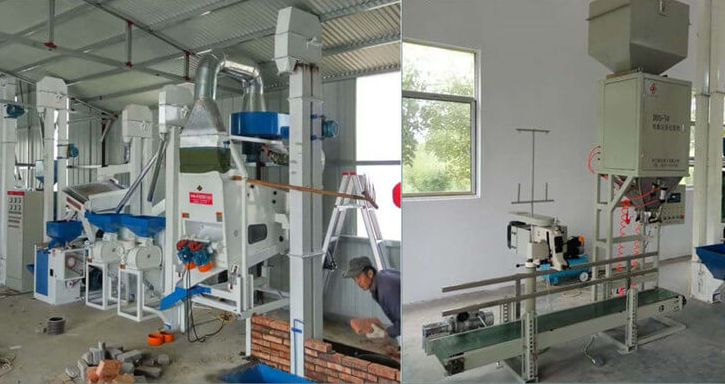 The mills, which have been dispatched to New Edubiase and Ejura, both in the Ashanti Region, Yamoransa in the Central Region and Fumbisi in the Upper East Region, are part of efforts by the government to boost the cultivation and consumption of rice locally.

Speaking with the Daily Graphic, the Technical Advisor to the Ministry of Food and Agriculture, Mr Emmanuel Asante-Krobea, explained that the mills were currently being installed in the areas where the production of rice was high.

The inability of rice farmers to mill their paddy rice, especially those in the Fumbisi Valley came up strongly late last year when the farmers appealed to the government to intervene by buying their rice for the School Feeding Programme to prevent losses.

Currently, there is no rice milling facility in the Upper East Region and the farmers believe that with the increased interest in rice farming in the region, there is the need to get a mill in the region.

Mr Asante-Krobea gave an assurance that “come next season, this problem the farmers faced this year will be a thing of the past because we are increasing the national milling capacity”.

He indicated that the government was negotiating with two companies to import rice milling machines into the country to help farmers access and use them to mill their rice, adding: “We expect about 500 additional milling machines from China and Brazil to increase the milling capacity by the next harvesting season.”

He further assured the farmers, especially those in the Fumbisi Valley, that the mills the government had brought in were solar-powered and would, therefore, not require any electricity to operate.

“W hope that between now and September all these measures will be in place to make the farmers comfortable ” he said.

He gave an assurance that the mills that were being imported were of high technological capacity and could remove all stones, making rice milled in the country comparable to rice anywhere in the world.

He added that the Ministry of Agriculture was in talks with the millers to improve their packaging to attract the needed market, adding that “with this, we think rice production in Ghana will catch up well”.

Mr Asante-Krobea admitted the lack of adequate harvesters in the country and said it was one of the challenges the ministry was tackling.

He said by the next farming season the government would have imported combine harvesters for commercial farmers, adding that currently the ministry was taking delivery of 1,000 hand-held harvesters for smallholder farmers.

He indicated that the sector Minister, Dr Owusu Afriyie Akoto, had set up a rice technical team made up of importers, millers, processors and representatives from the Ministry of Finance to discuss the ministry’s drive towards self-sufficiency in rice production by 2022.