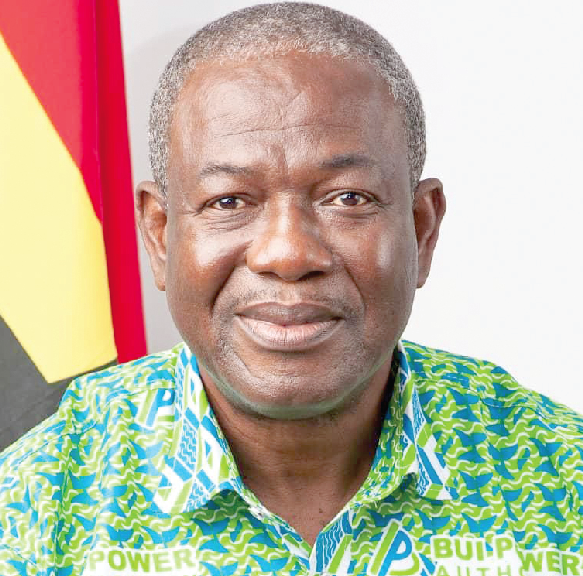 The Chief Executive Officer of Bui Power Authority, Mr. Samuel Kofi Dzamesi, has underscored the need for relevant stakeholders to provide the necessary support to make the many dreams of women who are interested in science and technology to materialise.

He said women needed to be trained to be abreast of changing trends in the world and working environments, while emphasising that countries that had made commitments in utilising the potential of youth particularly women were reaping the full merits.

He said Ghana would be making a step towards breaking the glass ceiling in the field of science and technology if it invested in scaling up the potential of its youth, especially, the girlchild.

“The bulk of the ideas for scaling up renewable energy deployment are hidden in some of the students here and these ideas could be solutions that the country, and indeed the world, needs in the fight against Climate Change.”

The CEO made the remark in a speech read on his behalf, at the grand finale of the Senior High School Renewable Energy Challenge held at the Accra International Conference Centre last Thursday.

Gyaama Pensan Senior High Technical School was crowned winners for the day while Mfantsiman Girls and Navrongo Senior High Schools were first and second runners up. Each of the six schools that made it to the final were given special packages.

The competition, initiated by the Energy Commission, in collaboration with the Bui Power Authority, is aimed at developing the research skills of students and the promotion of technological innovation in renewable energy among the youth.

Mr. Dzamesi urged women to venture into the fields of science and technology intimating that such fields were creating opportunities on large scales and many of them were left unoccupied because of lack of popularity or accessibility.

He said available jobs demanded high understanding of science and it was imperative that the youth particularly women developed interest in the areas.

“We want to support women in science and technology, in light of this, we would like to congratulate all the participants, especially the female and to urge them not to shy away from the sciences, indeed they have proven to us that what men can do women can do better,” he noted.