Mine caves in, killing 2 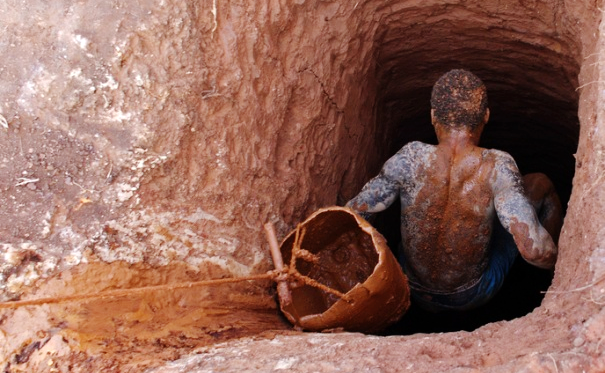 Two workers of Shaanxi Mining Ghana Limited at Gbane in the Talensi District in the Upper East Region died in an underground mine accident last Monday.

The miners, Jonathan Tengbil and Solomon Tohsongba, were said to be watering a working area described as “3346 Stope” to control dust and gases when they were crushed to death.

A statement dated November 19, 2019 and signed by the company's Public Relations Officer, Mr Maxwell Wooma, said: “In the course of watering the area, heavy, large boulders that unknowingly hung above fell on them. They were subsequently trapped in the muck.”

It said other members of their crew reported the incident and immediately the company’s emergency procedures were activated.

The statement indicated that safety personnel and rescue teams then went to the scene and carried out rescue work.

“The two miners were subsequently taken to the Regional Hospital in Bolgatanga, where they were pronounced dead by a medical officer,” it said.

Their remains have been deposited at the hospital’s morgue pending autopsy.

According to the release, an investigation had been launched within the mine.

“In line with the requirements of LI 2182, the Inspectorate Division of the Minerals Commission has been informed and a detailed investigation is expected to be conducted soon. We are cooperating with the relevant authorities to ensure that due process is followed,” the statement said.

The company assured its staff and the public that it would review its procedures and put in place any recommendations from the authorities to prevent such incidents from recurring at the company.

The release, on behalf of the Yenyeya and Pubortaaba Mining Groups and its service provider, Shaanxi Mining Ghana Limited, further expressed condolences to the families and relations of the deceased.

It described the incident as unfortunate and a very sad one for the company and “we deeply regret the accident".

On January 23, 2019, 16 miners died following an explosion within the concession of Shaanxi Mining Limited.

Following that accident, the company was shut down and a committee set up by the Ministry of Lands and Natural Resources and the Minerals Commission to unravel the circumstances leading to the disaster.

The company was fined $40,000 after it was found culpable for the accident.

The fine was imposed after investigations by the Inspectorate Division of the Minerals Commission found the company liable for various infractions that resulted in the accident.

It was also recommended that the foreman at the centre of the blast, Mr Asibi Seidu, be dismissed immediately for abandoning his post without permission.

The company was further fined $10,000 for storing explosives underground without the approval of the Chief Inspector of Mines, in violation of Regulation 163 of Legislative Instrument (L.I.) 2177.

In addition, it was fined $10,000 for failing to ensure that the safety code for blasting was approved by the Chief Inspector of Mines and another $10,000 for not recording the blasting that was undertaken on January 22, 2019 in the shift log book.

The company was further fined another $10,000 for appointing a supervisor who could not communicate to his patrol team in a language they could understand, in line with Regulations 56(3) of L.I. 2182.