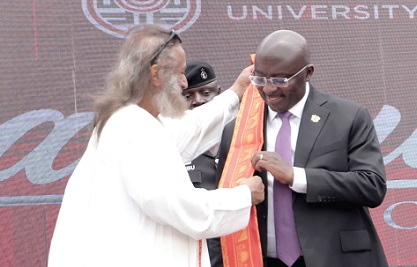 The government is to establish universities that will focus on Science, Technology, Engineering and Mathematics (STEM) education in five of the newly created regions, the Vice-President, Dr Mahamudu Bawumia, has said.

The beneficiary regions, which were created in 2019, are Western North, Savannah, North East, Ahafo and Oti.

Dr Bawumia announced this at the inauguration of the Academic City University at Agbogba in Accra yesterday[August 17, 2022].

He said the government was committed to adopting a coherent, well-articulated and holistic policy framework that would enable the tertiary educational system in the country to meet the needs of a learning society and also propel a knowledge-driven economy.

He said it was in line with that objective that some educational reforms and policies had been implemented over the years to reorientate the system to develop a critical mass of assertive and empowered citizens.

The Academic City University, a private tertiary institution, was established some four years ago with 45 students. 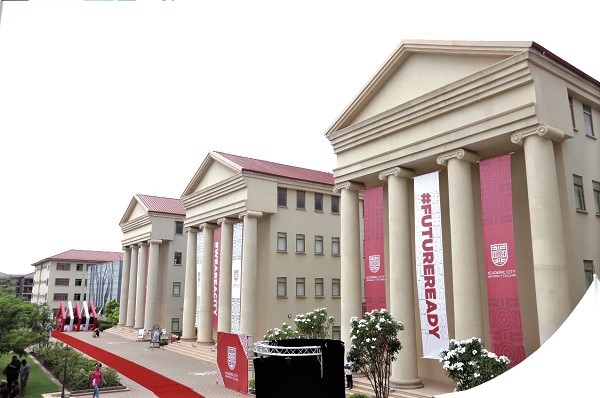 Some of the programmes offered at the university are Journalism and Mass Communication, Robotics, Mechanical Engineering, Entrepreneurship, Biomedical Engineering and Computer Engineering.

The Vice-President said the provision of relevant tertiary education was necessary for the accelerated development of the country.

Therefore, he encouraged higher educational institutions, both public and private, to provide graduates with job-relevant skills to meet the demands of the job market.

“This is necessary to ensure accelerated industrial growth, which will improve the living conditions of the people and enhance economic growth.

“The vision of Academic City is not only in line with the government’s vision and goals but also in tune with global human resource demand,” Dr Bawumia said.

To that end, he said, the government would continue to foster and support the partnership with the universities, research institutions and industry to actualise the digitalisation agenda of the nation.

On the role of the new university, the Vice-President urged its authorities to provide innovative programmes that would churn out well-equipped graduates who would become relevant and competitive on the job market.

“We need to explore, support and move into digital manufacturing. I am asking the President of the university, Prof. Fred McBagonluri, and the university to take the lead in this area,” he added.

He said private colleges and universities had emerged as an essential component of the higher educational landscape in recent times.

He highlighted various digitalisation programmes the government had embarked on to build a digital and modern economy.

Dr Bawumia further said the introduction of the national ID, the digital address system, mobile money interoperability, among other initiatives, had enabled the digital architecture to lead the country into a data-driven digital economy.

A Global Peace Ambassador, Gurudev Sri Sri Ravi Shankar, who was the guest speaker at the inauguration, said the posture of the government, as well as the prevailing peaceful environment, had made the country a good place to do business.

He said education was important in the development process of any country and, therefore, advised the youth to acquire knowledge to help transform the nation.

The Founder and Chief Executive Officer (CEO) of the Academic City University, Dev Varyani, called on the government to continue to lend support to private tertiary institutions.

For his part, Prof. McBagonluri expressed the hope that the university would create the required platform and opportunities for people to acquire the requisite knowledge for transformation.