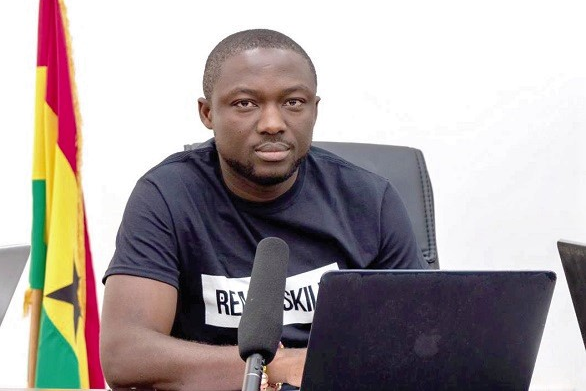 The Ghana Library Authority (GhLA) has declared the year 2021 as “Year of Literacy” to reduce learning poverty in the country.

Learning poverty is defined by the World Bank as the inability to read and understand a simple text by age 10.

When a child cannot read, it further impedes his or her ability to succeed in school and beyond.

“So the GhLA is focusing on how to use the Year of Literacy to fight against or reduce the learning poverty in the country.

“We are also using this as a vehicle to promote the bridging of the learning gap in the country,” the Executive Director of the GhLA, Mr Hayford Siaw, told the Daily Graphic in an exclusive interview in Accra.

He said the GhLA was, therefore, working on increasing the content both in the digital platform and also the static libraries dotted throughout the country.

Additionally, he said the GhLA was expecting 60,000 books from two separate consignments by the end of this year to further increase the stock of books in public libraries throughout the country.

On how widespread the public libraries are in the country, Mr Siaw said the authority had increased its footprint from 61 libraries in 2016 to 96 in 2020.

“By the end of the year, we will be hitting 100 public libraries under the management of the GhLA,” he said, adding that in terms of books and network of libraries, “we are increasing.”

He pledged that in terms of technology, the authority would continue to improve on the content of the digital library.

Mr Siaw said since the beginning of last year, and with the upsurge of the COVID-19 pandemic, the GhLA had kept Ghanaians in learning mode through innovative ways by partnering the Commonwealth of Learning through the Udemy platform, Cosera and currently with the coming on board of Google.

“With the coming on board of Google, we will be able to give all Ghanaians the opportunity to study online to acquire new skills in six main job growth areas.

“So Google, as a technology company, has identified six main growth areas that they need more people to work or what the future of work looks like,” he said and listed the areas as User experience designs, Project management, App development, Data analytics and IT support and IT automation.

Mr Siaw said with the return to schools, what the GhLA was focusing on now was the use of the mobile library vans to still be able to visit more schools, explaining that during the COVID-19 era, the authority was linking up directly with students online.

He said the authority had 10 mobile libraries “and this year you will see the addition of one more library van sponsored by SSNIT to what we already have”.

Speaking on the renovation and creation of conducive environment for learning, Mr Siaw said the authority would continue with the renovation of the existing libraries, saying this year, so far, about five of them had been renovated.

He noted that over the years, the public libraries had been left unattended to and so the authority found it necessary to renovate them and make their environment learning-friendly.

Mr Siaw recalled the renewed support of Newmont Ghana Ltd for the renovation and stocking of the Akim Oda and Sunyani libraries as part of the renovation work the authority was undertaking.