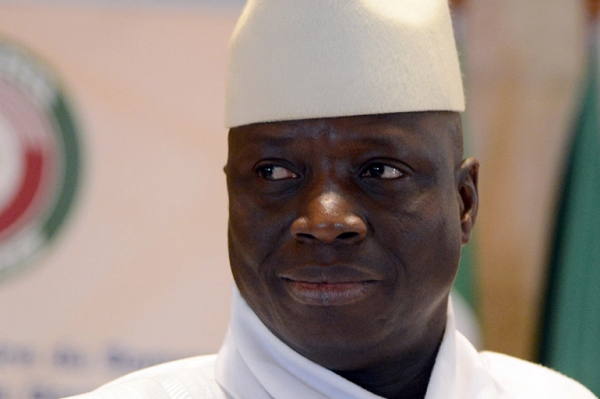 The Ghanaian sole known survivor in the 2005 Gambia massacre, Martin Kyere is scheduled to testify at the current session of Gambia’s Truth, Reconciliation and Reparations Commission (TRRC).

The hearings on the 2005 massacre of more than 50 West African migrants, including about 44 Ghanaians went on a break but resumed on February 22.

Said to be the largest loss of life during the rule of former Gambian President Yahya Jammeh, about nine Nigerians, two Togolese, 44 Ghanaians, and nationals of Côte d’Ivoire, Gambia and Senegal were believed to have been killed over several days in July 2005.

Among those scheduled to testify at the current session of the commission is Martin Kyere of Ghana, the sole known survivor.

The upcoming hearing is expected to shed further light on the massacre and the said cover-up.

Previous official attempts to investigate the killing were flawed.

Ghana attempted to investigate the killings in 2005 and 2006, but was blocked by the then-Jammeh government.

In 2008, the United Nations and the Economic Community of West African States (ECOWAS) formed a joint investigative team, which produced a report in April 2009 that was said to have concluded that the Gambian government was not “directly or indirectly complicit” in the deaths and enforced disappearances.

It blamed “rogue” elements in Gambia’s security services “acting on their own” for the massacre.

The UN/ECOWAS report has never been made public despite repeated requests by the victims and by five UN human rights experts.

A 2018 report by TRIAL International and Human Rights Watch, based on interviews with 30 former Jammeh-era officials, found, however, that Jammeh’s closest associates in the army, the navy, and the police detained the migrants, and then the “Junglers,” a unit of Gambian soldiers operating under Jammeh’s orders, summarily executed them.

In July 2019, three former Junglers testified publicly before the Truth Commission that they and 12 other Junglers had carried out the killings on Jammeh’s orders.

One of the officers, Omar Jallow, recalled that the operation’s leader told the men that “the order from … Jammeh is that they are all to be executed.”

“I have been fighting for 15 years for truth and for justice for my companions who were killed,” said Kyere. He had escaped from a moving truck carrying other detained migrants who were killed shortly thereafter. Since then he has been organizing the families of the victims.

Kyere will be in Banjul for the hearings together with William Nyarko, executive director of the Africa Center for International Law and Accountability (ACILA), who coordinates the Jammeh2Justice Ghana campaign.