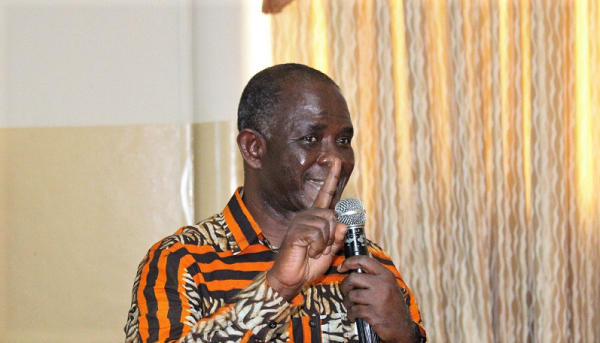 The Country Director of The Hunger Project (THP), Mr Samuel Afrane has urged Ghanaians to develop the attitude of accepting to pay tax.

Mr Afrane spoke in an interview with the Daily Graphic during the THP stakeholders workshop for five districts in the Eastern Region held in Koforidua last Thursday (February 3, 2022) on the theme, "Strengthening Sub-district Institutions for Community-led Public Services in Ghana".

On the E-levy, he said, "Ghanaians don't understand the background of it. People should do proper analysis before they talk about it. The E-levy would rope in everybody; both the formal and informal sector".

"Over 70 percent of Ghanaians don't pay direct tax. Only government workers and a few of private companies pay tax to the government. The E-levy will remove the element of human interface, which at times project issues of underwritten tax payments".

He urged stakeholders to engage Ghanaians to help them understand the essence of the E-levy better as people are generally resistant to change especially when they do not understand the new change.

The Country Director of THP, said the workshop which was a pilot programme to run for the next three years (2022 - 2024) would help bring all structures in the five selected Municipal, and District Assemblies (MDAs) including Ayensuano District, Fanteakwa North lOkere District, Upper Manya Krobo District, Yilo Krobo Municipality, dubbed epicenters to create best ideas on mobilisation of resources for development purposes. 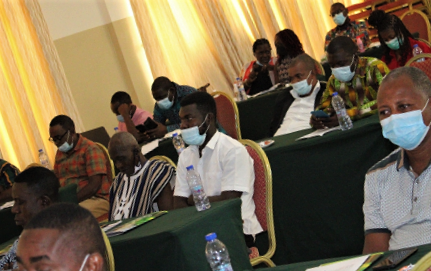 The Hunger Project held a capacity-building programme for stakeholders in five districts of the Eastern Region.

He explained that over reliance on District Assembly Common Fund has retarded development in several MDA's as they do not have any alternative plans of generating income for development purposes.

Mr Afrane urged the stakeholders from the five epicenters to plan their own development, and present them to their residents to help them appreciate the development process in their respective communities which would intend make them comfortable paying taxes for the designed development processes.

Some participants at the stakeholders workshop hosted by The Hunger Project.

He added that successful piloting would help extend the same projects to the remaining 40 epicenters across the country.

The Hunger Project which commenced its operation in Ghana in 1996, is an international Non-governmental Organisation (NGO) based in the New York, United State of America (USA).

It has a mandate of working to end poverty and hunger by pioneering sustainable grassroots, women-centred strategies advocating for their widespread adoption in countries throughout the world.

The NGO currently has 45 epicenters with 10 communities under each epicenter across the country; it has adopted an integrated community-led and women-focused approach to rural development which has so trained and built capacity of over 350,000 people at the epicenters in socio-economic activities and apprenticeship to be self-reliant.