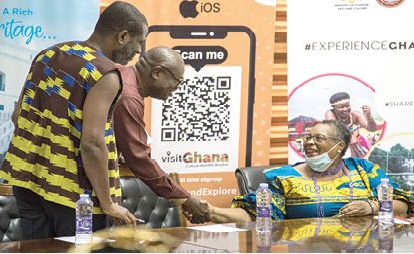 This year’s Emancipation Day celebration has been launched in Accra with a call on African countries to stay committed to greater integration among them to create sustainable prosperity.

The Emancipation Day celebration was instituted in 1998 to commemorate the abolition of slavery.

Addressing yesterday’s launch, the Deputy Minister of Tourism, Arts and Culture, Mark Okraku Mantey, urged African nations to remember the blood and sacrifices of forefathers who fought for independence and to ensure that the current and succeeding generations maintained their identity as Africans irrespective of where they lived.

“We are one big family united by culture and identity. There is no denying the fact that language divides us, places and settlements may separate us and even knowledge acquisition may change our narratives, but let us remember we are first Africans before we became anything else,” he said.

The Emancipation Day will be celebrated on “Our Heritage, Our Strength” with a sub-theme “Re-engaging to consolidate our developmental agenda”.

Mr Mantey said the purpose of the celebration was to rekindle the flame of unity among black people in Africa and the sixth region.

“As we plan for our next Emancipation Day celebration, let us take the opportunity to remind ourselves that we are not fully emancipated if Africans are not economically independent,” he said.

The ministry, Mr Mantey stated, had a target to raise up to $4 billion from two billion tourist visitors by 2024 through the tourism and cultural assets of the country.

Already, he said, $25 million had been invested into the refurbishment and upgrade of some tourist centres, including the Cape Coast and Elmina castles, the Kwame Nkrumah Memorial Park, the Mole and Kakum parks and cultural museums in Yendi, Ejisu, Akropong and Ho.

The Chairperson of the Panafest Foundation, Professor Esi Sutherland-Addy, said the independence of the continent was not gotten on a silver platter, but with blood, toil and the courage of the people.

“The kind of emancipation we need now is not from chains on our bodies, but in our minds. That is what we need to work on; work on getting away from dependency, looking at what we have internally,” she said.

Prof. Sutherland-Addy said the way forward was to focus on adding value to the nation’s natural resources, adding that the history of the land needed to be spread to the next generation.

It will feature a wreath-laying ceremony in Accra at the George Padmore Library and the W E DuBois Centre, a durbar of chiefs at Assin Praso and a musical show.

It will continue with a health walk at Elmina, followed by a masquerade show in Cape Coast.

Other activities include a candlelight procession at Pikworo Slave Camp in the Upper East Region and a reverential night in Cape Coast.

The main celebration will be on August 1 at the Reverential Gardens at Assin Manso where there will be an unveiling of a third tomb.