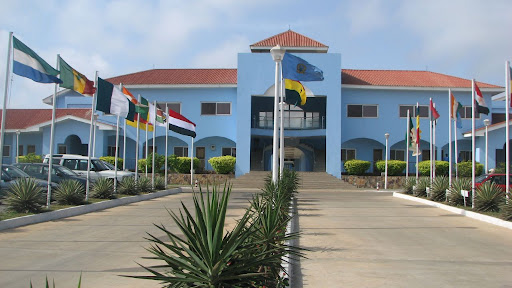 Forty-two years after the adoption of the Convention on the Elimination of All Forms of Discrimination against Women (CEDAW) by the United Nations General Assembly, and 14 years since the Domestic Violence Act (Act 732) was passed by Ghana’s Parliament, Gender-Based Violence (GBV) continues unabated and many women, girls, men and boys continually suffer these atrocities without justice.

The limited capacity of local actors to prevent and respond to GBV, coupled with low prosecution rates of offenders due to the inability of investigators to effectively investigate GBV cases, has been identified among the critical hindrances to the effective implementation of the convention and the protection of populations from GBV.

In fact, the plethora of frameworks promulgated to promote the rights of women and vulnerable populations globally underscores the extent to which GBV is abhorred by governments, regional and international bodies.

Aside the CEDAW and the Domestic Violence Bill, Ghana remains signatory to the UN Security Council Resolutions (UNSCR) 1325 and 1820 and the Protocol to the African Charter on Human and Peoples’ Rights on the Rights of Women in Africa (Maputo Protocol), which provides further guidelines for the development of policy and action plans to address GBV within Member States.

Nonetheless, estimates by the World Health Organisation (WHO), released in March 2021, show that one in three women (30 per cent) experience either physical or sexual violence in their lifetime.

The UN Women estimates that 35 per cent of women have ever experienced physical and/or sexual intimate partner violence, or sexual violence by a non-partner - this figure does not include sexual harassment.

It is further estimated that out of 87,000 women who were intentionally killed in 2017 globally, more than half (50,000) were killed by intimate partners or family members.

According to the Ghana 2016 survey on domestic violence, 27.7 per cent of Ghanaian women had experienced at least one form of domestic violence (physical, economic, psychological, social, and sexual violence).

It is against these disturbing statistics that the Women, Peace and Security Institute (WPSI) of the Kofi Annan International Peacekeeping Training Centre (KAIPTC) has embraced the call by the United Nations Secretary-General, António Guterres, for increased awareness and advocacy to end violence against women by 2030.

November 25 is celebrated annually as the International Day for the Elimination of Violence against Women and the commencement of the international campaign dubbed the ‘16 Days of Activism against Gender-Based Violence.’

This campaign continues to December 10 (Human Rights Day) and serves as an advocacy tool for individuals, institutions and organisations around the world to call for the prevention and elimination of violence against women and girls.

Indeed, 2021 marks the 30th anniversary of the commemoration of the ‘16 Days of Activism against GBV.’

In accordance with KAIPTC-WPSI’s strategic agenda to build the capacity of regional actors and policy makers to fully implement protocols on women peace and security agenda, the WPSI has been embarking on a number of initiatives to coordinate and intensify regional response to tackling GBV.

Since 2019, the WPSI marks the ‘16-day campaign against GBV’ with online sensitisation programmes for KAIPTC staff, participants, alumni and stakeholders on the prevalence of rape and GBV.

In 2019 the institute further organised an inter-departmental debate to sensitise staff to GBV and to correct misconceptions and misunderstanding of same, especially on issues pertaining to rape.

The outcome of the WPSI’s research in selected African countries reinforces the need for joint interventions among local actors to effectively prevent and respond to GBV.

It further emphasises the need for continuous awareness creation and sensitisation, especially at the community level, to support the fight against GBV.

As the world embarks on this year’s 16-day campaign, the WPSI joins the call for the strengthening of the implementation of existing laws related to GBV and improved coordination among stakeholders to respond to GBV.

Above all, it calls for the need to enhance the skills and contributions of local actors in the communities and engage them as agents of change to eliminate GBV from our communities by 2030.

The WPSI is a semi-autonomous institute working within the KAIPTC under the Office of the Commandant of the KAIPTC.

The WPSI works to support the full implementation of the UNSCR 1325 (the first United Nations Security Council Resolution on Women, Peace, and Security), and its follow-up resolutions on Women, Peace and Security in the context of Africa and beyond.

The writers are the Head of WPSI at the KAIPTC and the Head of Corporate Affairs at KAIPTC.
Email:This email address is being protected from spambots. You need JavaScript enabled to view it..