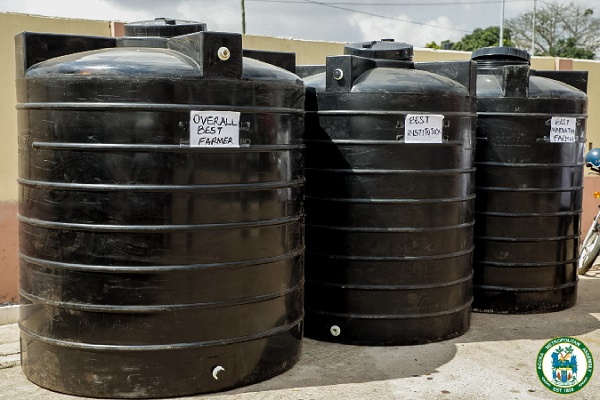 The Accra Metropolitan Assembly (AMA) has clarified that Mrs Naa Adjeley Mensah, the overall best farmer in the metropolis was adequately rewarded despite an impression being created on social media that she was only given a bicycle.

The AMA in a statement said Mrs Mensah received a Rambo 500 Polytank, knapsack, seeds, insecticides, cutlasses and fertilizers in addition to a bicycle which were her personal requests following a series of engagements. 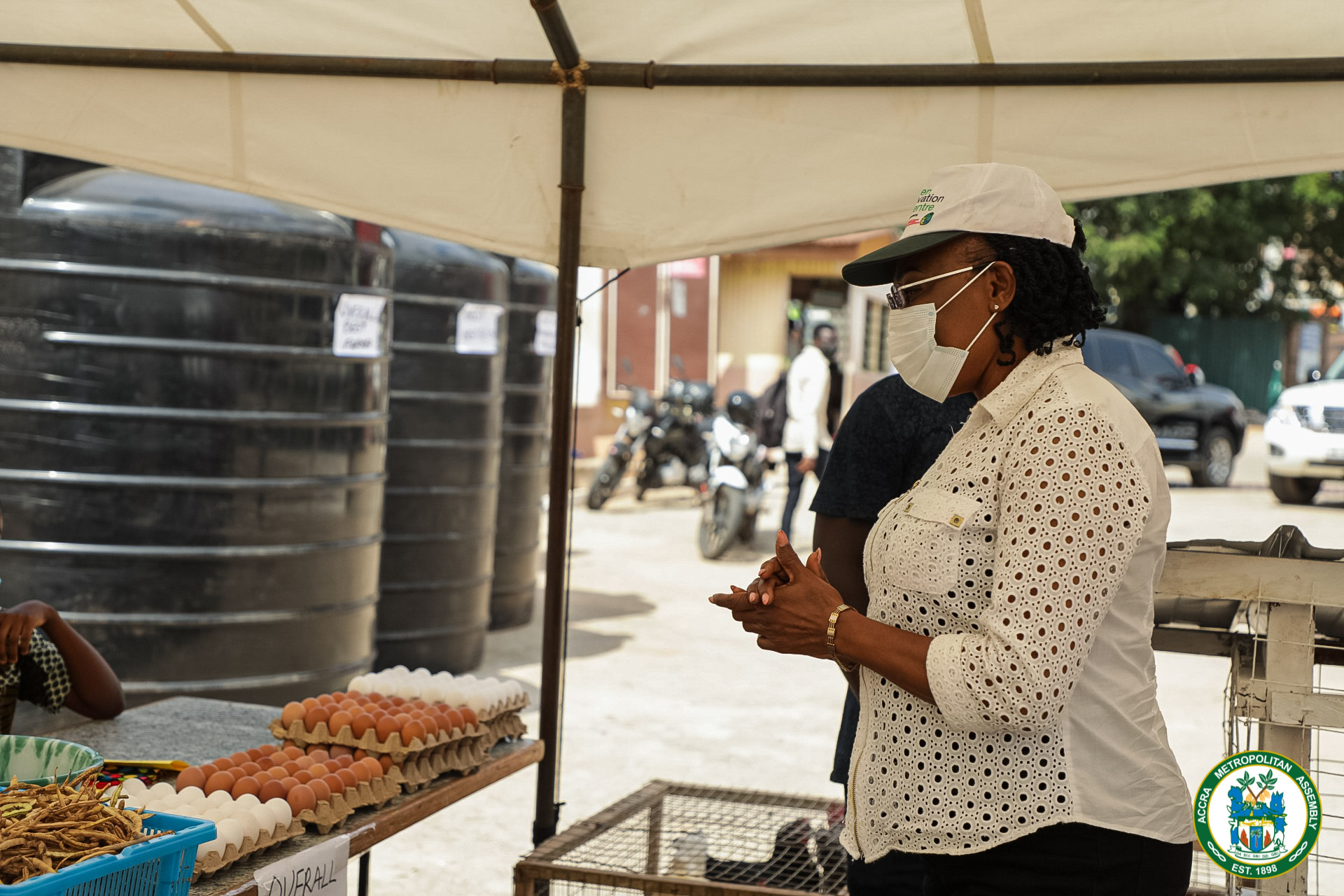 The best farmer who is a backyard farmer at Korle- Bu was honoured at the Farmers and Fishers' Day celebration held today at the St. Theresa's School on Friday on the theme: "Planting for Food and Jobs-Consolidating Food Systems in Ghana".

"Her husband, Mr. Mensah who received the prizes on her behalf thanked the Assembly for its continuous support and all persons who had contributed to the success story," the AMA said in a statement copied to GraphicOnline.

Mr Mensah receiving the prize from the Accra Mayor

An official at the AMA who spoke on condition of anonymity further explained that only prizes that were easily movable were moved to the venue of the ceremony, so other prizes such as the Polytank, fertilizers and insecticides were not in the view of the cameras that captured the bicycle.