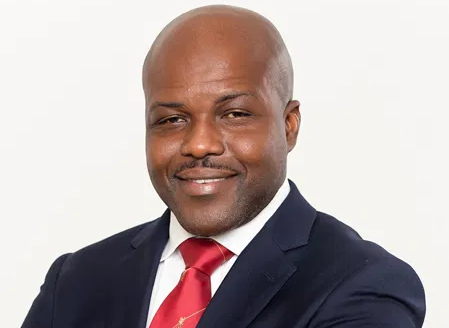 Brokerage and financial advisory firm, Databank Group, has withdrawn as transactional advisor from the Gold Royalties Monetisation Transaction arrangement, popularly referred to as the Agyapa deal.

This was made known in a letter signed by the Chief  Executive Officer (CEO) of Databank, Mr Kojo Addae-Mensah.

The letter, dated December 10, 2020, was addressed to Tom Gaffney, a Director of Imara Tara Holdings, one of the foreign firms acting as transactional advisors for the deal.

Databank was a local partner with Imara Tara Holdings.

In the letter, Databank said although it engaged in the Agyapa deal with a sense of patriotism, it decided to withdraw due to what it described as an attempt by some political actors to tarnish its reputation.

“We approached our mandate confidently as, arguably, the most experienced investment banking and brokerage firm in Ghana and we did so, particularly, with patriotic enthusiasm and pride as a Ghanaian company.

However, the Board of Directors of Databank has observed with deep concerns persistent attempts by political actors, during the political season leading up to the general election of December 2020, to tarnish our hard-won reputation painstakingly built over the last 30 years, by unfairly exploiting our participation and involvement in the Transaction as one of the Transaction advisors. We believe this is principally due to the Minister of Finance’s association with Databank as its co-founder,” the letter added.

Databank added that although it was convinced about the ultimate benefit of the Agyapa deal, the brouhaha over its (Databank) involvement, coupled with “insinuation and aspersions” cast on its reputation had compromised its ability to execute “such a market-sensitive and novel transaction” and also “has the tendency to severely damage the invaluable business reputation of Databank”

Is the Risk of Corruption for Agyapa Royalties Limited Low or High?

The Agyapa deal was an instrument by the government of Ghana to leverage the gold resources of the country to list shares on the London Stock Exchange and the Ghana Stock Exchange in order to raise an initial amount of about $1billion.

It, however, faced huge backlash and criticisms from some groups, including the Minority in Parliament, which alleged that the deal smacks of traces of corruption.

In November last year, the then Special Prosecutor, Mr Martin Amidu, came out with a corruption risk assessment on the deal in which he concluded that it was not transparent and could give rise to corruption.

This was refuted by the then Finance Minister, Mr Ken Ofori Atta, who responded and said the Agyapa deal was done in the best interest of the country, with due process and was very “transparent from the onset”.

The government passed the Minerals Income Investment Fund Act, 2018 (MIIF Act 978) with the key objective of maximising the county’s mineral wealth for the benefit of Ghanaians while ensuring that receiving royalties from gold mining companies was sustainable.

The law was amended to enable it to incorporate subsidiaries and use it as a special purpose vehicle (SPV) to do business across the world.

The company will be responsible for managing 75.6 per cent of the country’s royalty inflow from the 12 gold mining companies that currently operate in Ghana, with four more expected to come on stream.

That will enable the country to raise about $1 billion to finance mining concessions in Ghana and across Africa.